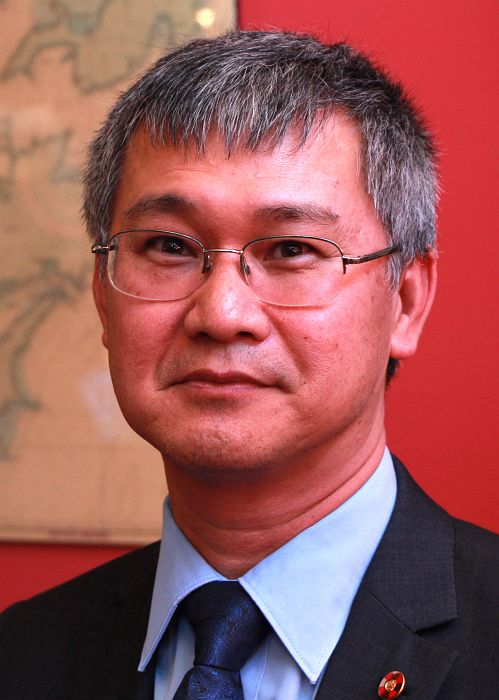 Several weeks ago we had the pleasure of hearing Dr Swee Tan speak to us at our Rotary meeting. He outlined the work of the Gillies McIndoe Research Institute, particularly their work in understanding and treating strawberry birthmarks which has received international acclaim.

A strawberry birthmark, also known as haemangioma, is a benign vascular tumour that grows rapidly for about a year after birth. It affects 10% of children and is not only disfiguring, but can also threaten their bodily functions and even their life.

The tumour spontaneously regresses over the next 5-10 years, often leaving a fatty lump.

Traditionally, strawberry birthmarks were treated by harsh medications such as high-dose steroids, interferon or chemotherapy, and/or invasive procedures such as plastic surgery or laser therapy. These traditional treatments are unpleasant, invasive, costly and usually take many years. 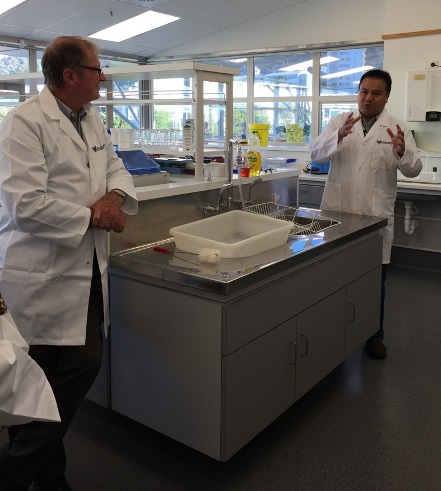 They also discovered that these stem cells are regulated by a part of the hormone system.

These ground-breaking discoveries underscore the new treatment of strawberry birthmarks such that these disfiguring and sometimes dangerous tumours can now be treated inexpensively in a matter of months, rather than years, with children gaining a better quality of life.

The new treatment is much cheaper, faster, more effective and produces fewer side effects than traditional treatments.

It also has major potential implications for the treatment of cancer.

On Thursday 30 April 2015 a group including several Plimmerton Rotary members visited the Gillies McIndoe Research Institute in Newtown.  There, Paul Baines, Chair of the Gillies McIndoe Board, Dr Swee Tan and Dr Tinte Itinteang, Chief Scientific Officer at the GMRI, gave us a tour of the Institute’s laboratories and the very specialist research areas.

There were three -80˚freezers in the lab. One of the -80˚freezers is dedicated to the tissue bank that holds over 3,000 samples of cancer, vascular birthmarks and other lesions and blood samples, along with tissue samples in other laboratory areas. These tissue samples have been kindly donated by patients treated in a number of hospitals around the Wellington region.

There are a number of -20˚ freezers. Some of them hold chemicals and reagents used for the experiments.

A -180˚ freezer enables the scientists to store cells, grown from different types of cancer and other conditions and they can be thawed out and regrown. Cells can remain in this freezer indefinitely and will be available for a variety of research projects now and for many years to come.

The Institute’s scientists, led by Dr Swee Tan, are studying stem cells – primitive cells that can be manipulated to produce mature cells of different types. They are looking for the presence of particular proteins within cancer and other tissue samples they analyse. This will allow them to identify and characterise the stem cells that are the origin of cancer, vascular birthmarks and fibrotic conditions such as keloid scars. It will also enable the scientists to find the mechanisms that control these stem cells - forming the basis of a new treatment paradigm – by targeting the stem cells that are the origin of cancer and other conditions.

The scientists also use the tissue samples for gene analyses such as polymerase chain reaction (PCR) detection – a process that amplifies a single copy or a piece of DNA - generating thousands to millions of copies of DNA. Using PCR enables the scientists to attach fluorescent markers in order to highlight a potential target.

The Institute is certified by MPI as a PC2 laboratory. Much of the work is done under sterile conditions in safety cabinets with special filters to protect the scientists from any potential harmful agents. It also prevents contamination of tissues and cells that are grown from cancer, vascular birthmarks and other tissues, in the laboratory.

Tissue blocks are created by placing small samples that have been processed and fixed before being embedded in paraffin wax. These blocks are sliced into very thin (4 mm) sections that are put on glass slides and used for staining. Once stained, the slides are examined under a microscope to demonstrate proteins that are present in the cells and tissues. Liz Jones, laboratory manager, showed us how she made the slides for studying tissues under the microscopes.  One of the microscopes Liz showed us is the only one in New Zealand and is a very valuable piece of equipment.

An Institute of this sort is reliant on funding, both from Government and from private individuals and corporations. The Paua Butterfly Campaign is the fundraising programme. And different butterflies represent different levels of donations. The Gillies McIndoe Research Institute is a registered charitable trust. Donations are fully tax deductible, subject to the usual IRD conditions. Donations help to help fund a range of research activities, including:

In the future, the Gillies McIndoe Research Institute intends to establish an endowment fund to ensure ongoing self-sufficiency through donations, grants and income received from investments.

Our visit concluded with afternoon tea and further information regarding the Institute. Wellington is indeed very privileged to have the Gillies McIndoe Research institute here, with the advantages it gives to students who wish to follow study in the areas of research undertaken by the Institute, future work opportunities for scientists and the total spin off created by a facility of this quality.