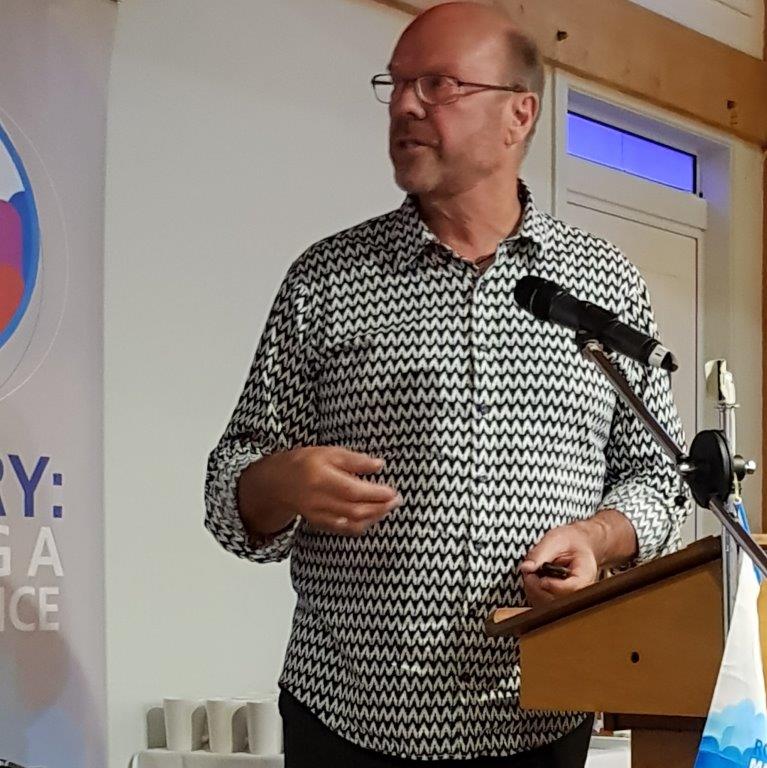 Only 35% of school leavers in New Zealand go on to University, but the NZ secondary school curriculum seems unduly focussed on this outcome. This is the view of Hamish Davidson, head of the Learning Pathways Faculty at Aotea College, who spoke at Plimmerton Rotary on 24th October. “Officially there are eight learning areas in the NZ Secondary Schools curriculum, but at Aotea we have decided to add a ninth.”

The purpose of Learning Pathways was to ensure all pupils felt included regardless of their academic abilities. “We want to promote a sense of belonging, to the school and to the community, so that all children have the ability to succeed in the wider community. We want our students to make informed choices and to be work-ready when they leave us.”

This approach had particular significance for Aotea students who came from diverse backgrounds. “We want to help students whose primary language is not English, so our programme includes courses in ESOL (English for speakers of other languages) and also ELL (English language learners).”

An important idea behind Learning Pathways was to encourage students to think about a path of learning that would be of interest to them, rather than focussing too early on a specific work role. The six pathways included in the programme were: construction and infrastructure; creative; manufacturing and technology; primary industry; service; and social and community. ”Once the student has chosen a pathway, they can then look at which subjects will best fit that pathway.”

For each pathway, the programme outlined three factors: the likely income to be earned from occupations associated with that pathway, the amount of fees the student would need to pay, and job prospects generally for occupations aligned to that pathway. “For example, if the student chose Creative, and let’s say they chose drama in particular, the income they could expect would be low, the fees would be high, and their prospects for getting a job would be low. If the student was still keen to proceed we would counsel them by asking “What is your back-up plan if drama doesn’t work out for you?”

An important goal of Learning Pathways was to help the student develop the skills needed to be employable. “We concentrate on such areas as positive attitudes, willingness to learn, good communication skills, problem solving techniques, teamwork, resilience, and self-management. We find that students are often hesitant to talk about themselves, so these sessions are important.”

The school week was being re-arranged to suit the Pathways project, with two 45 minute periods each week for students to undertake planning and monitoring; STAR (Secondary Tertiary Alignment Resource) courses which were short courses held outside the school; the Gateway project funded by the Tertiary Education Commission which enabled students to have one day a week on work placement; the Trade Academy which provided Level 2 courses for two days each week in such areas as animal care, engineering, automotive, and childcare; and the Trades Class (exclusive to Aotea) which involved work placement and focussed on helping students who were keen to enter a trade.

Hamish Davidson has written since the meeting to say, 'Here are some links that you may like to share with members around some of the things I touched on last night. They, or their family members, may be interested.'