This is one of the most enjoyable events in our Rotary calendar.

The best speakers from the nine primary schools in the Parumoana cluster (schools in northern Porirua) compete for trophies, and impressive cups for the winning schools.

It began in 2002, with Plimmerton club sponsoring it continuously from 2003. 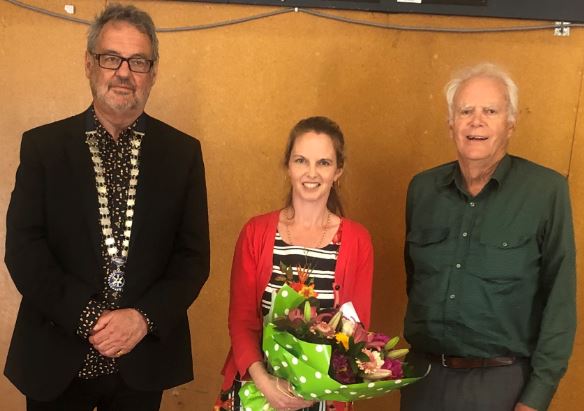 Sarah Jenner, Deputy Principal of Discovery school is the organiser and host, and David Knight is the Rotary champion for the event (seem here with Plimmerton Rotary President Euon Murrell). The Discovery School hall was filled with parents and supporters, as well as a good contingent from the Club. 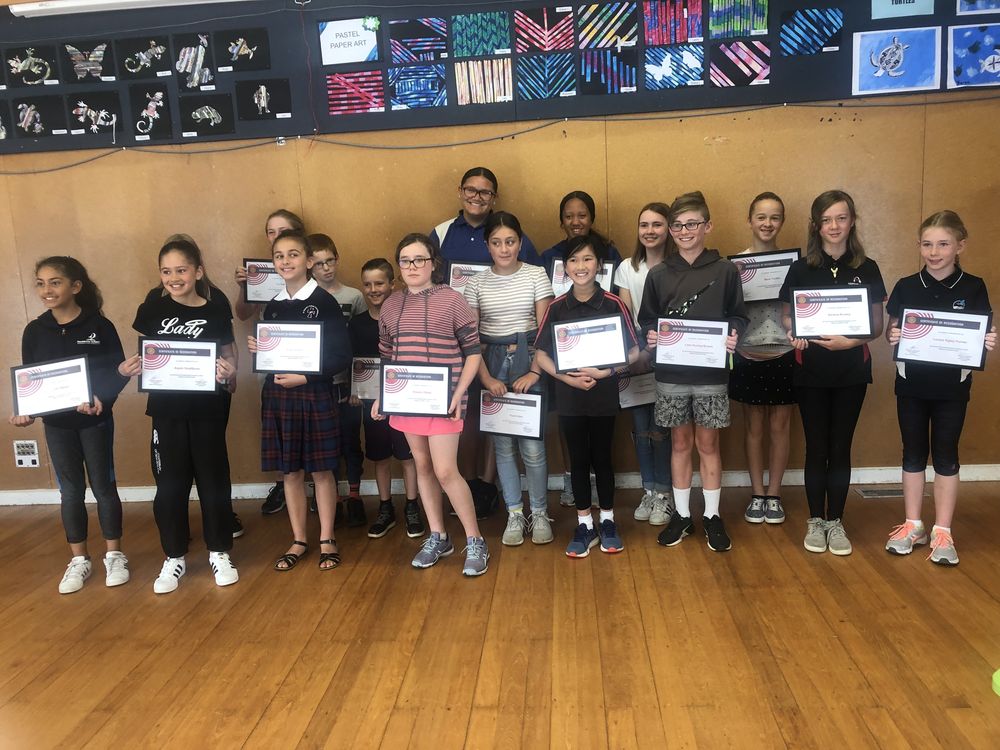 The speakers were allowed three to four minutes each, and could speak on any topic. This year there were more humorous and fewer ‘dark’ topics. Examples: Flies, Laughter, Violence in Fairy tales, Infomercials, Crabs, and finally a hilarious speech titled ‘Why I hate making speeches’.

In my opinion, the standard was the highest yet. The students were well-prepared, confident, animated and engaging.

The chief judge was Wendy Betteridge, supported by Gary Nicholson and Darrell Phillips from Spinnaker Toastmasters.

President Euon, whose own children attended Discovery School, presented the certificates and trophies, declared himself ‘blown away’ by the students, and pledged our support in the future. 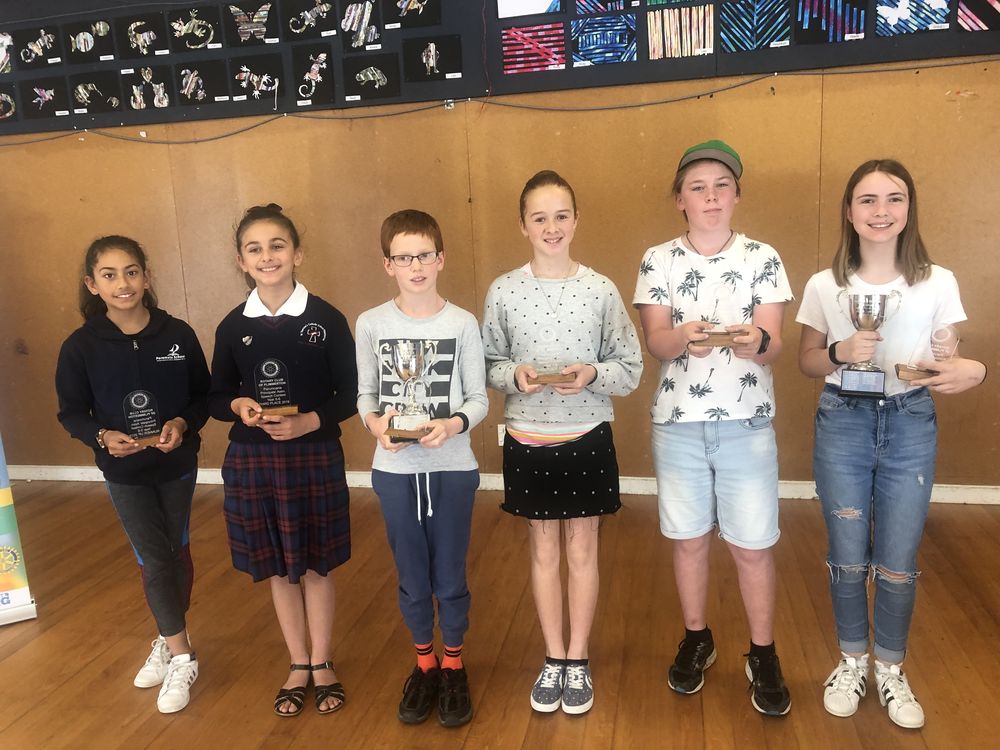 The school trophies were awarded to Nathan Grace and Tyler Webb, both from Discovery School