Paradise Saved: The Remarkable Story of New Zealand's Wildlife Sanctuaries and How They Are Stemming the Tide of Extinction 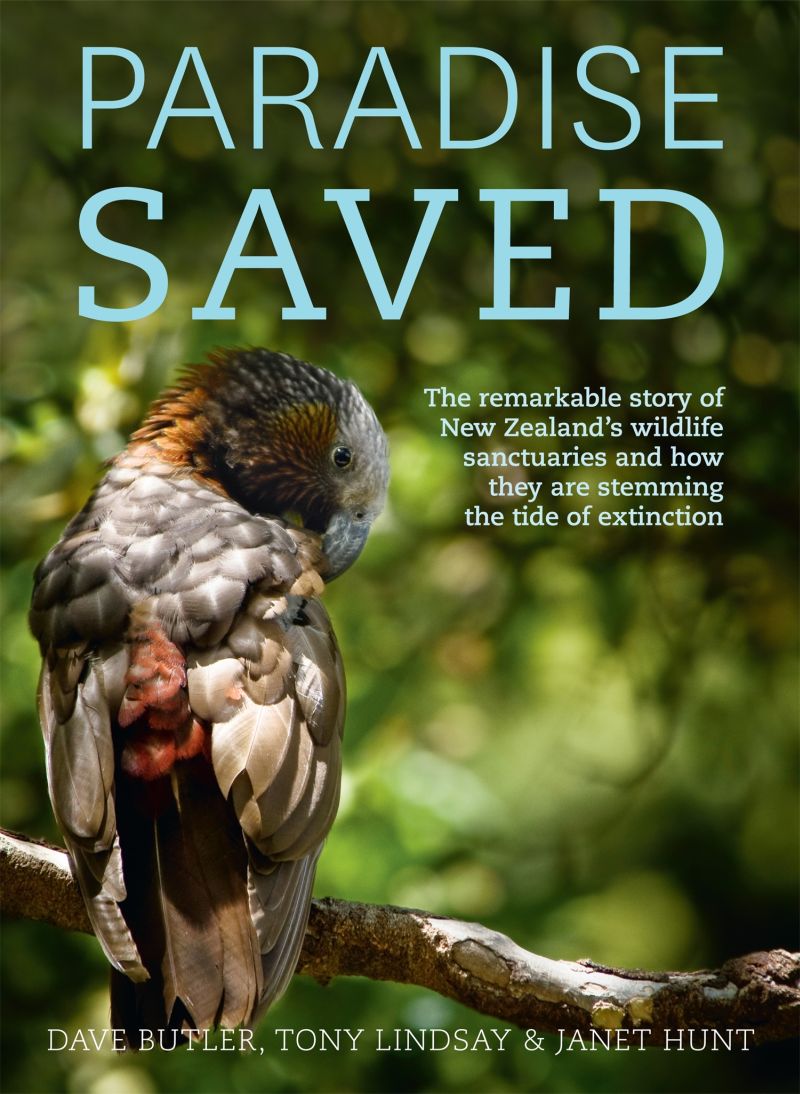 The gripping, inspirational story of the New Zealand sanctuaries and conservationists turning back the tide of extinction.

We've all heard of Tiritiri Matangi and we all know about the Karori wildlife sanctuary. Since they were established, over 100 more wildlife sanctuaries have sprung up, all round New Zealand, where control of predators has meant that endangered native birds can breed safely. Many now have such abundant birdlife that the stock is harvested every year for release in other sanctuaries to build up their populations. The some 135 sanctuaries include those at Maungatautari near Te Awamutu, Ark in the Park in the Waitakeres, Little Barrier, Tawharanui near Leigh, Purakanui near Dunedin, in Nelson and on the Barrier.

And new ones will continue to emerge now scientists have worked out the most effective way to bait and trap to keep possums, rats and stoats etc out. Some are fenced and others keep predators under control or out totally by regular baiting round the perimeter. Around the country thousands of New Zealanders volunteer to support and run them. They are helping turn the tide of extinction and are a successful attempt to protect native birds and also to reintroduce them to areas where they had been extinct. This inspirational book tells their story.

To purchase a copy of this book contact Brian Paget at fomi@manaisland.org.nz