The future of the Porirua region is in excellent hands, if the calibre of recipients of the 5th Porirua Primary School Leadership Awards is any indication.

Held each year at Elim Church, the awards are a joint venture between the Rotary Clubs of Plimmerton and Porirua. This year’s ceremony was attended by a large crowd of students, teachers, parents and friends from around the region. 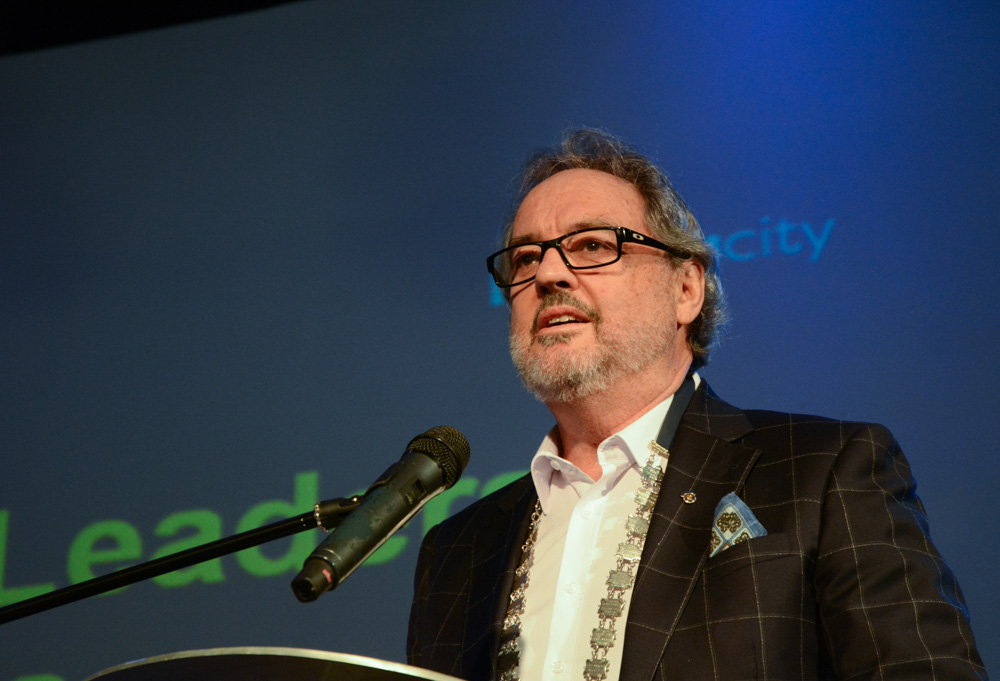 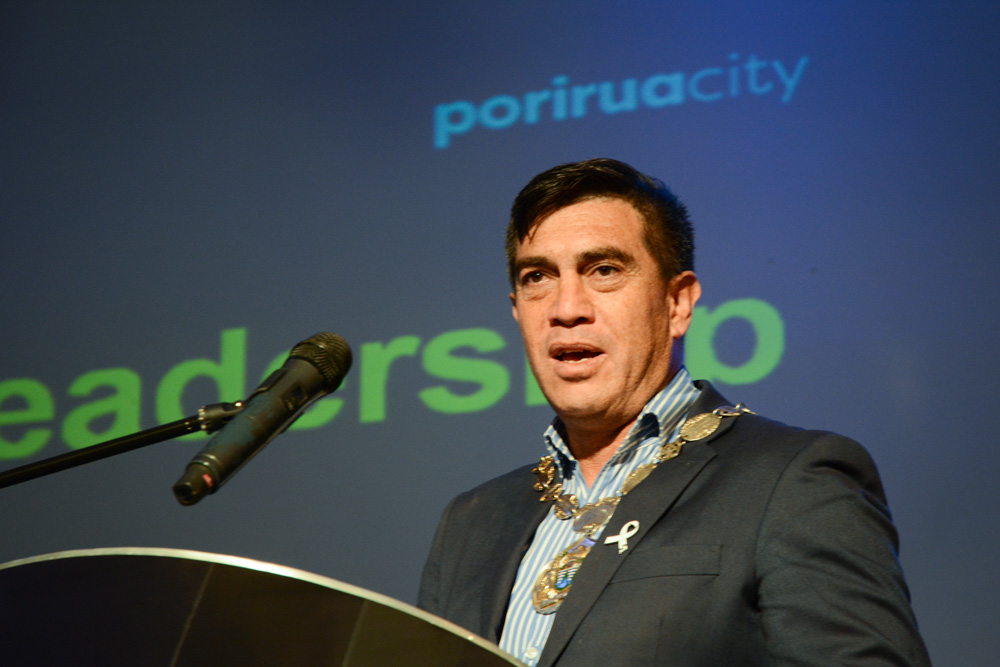 Porirua Mayor Mike Tana noted that he and all past Mayors were children once. “That might be hard for some of you to believe. We applaud you for your leadership as role models for your peers and your attitude of ’service above self.’” (a reference to the Rotary motto.)

A talented group of singers from Corinna School performed a stirring, unaccompanied arrangement of “Hallelujiah,” which set the stage for the presentations to come. 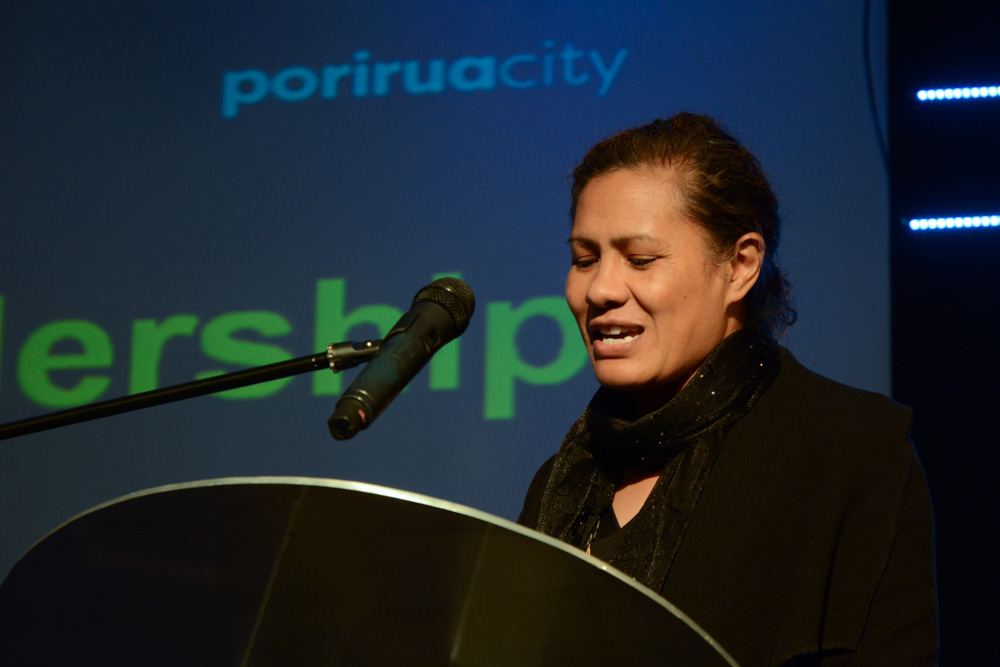 Prior to presenting the awards, Deputy Mayor Izzy Ford urged all recipients to “turn your frown upside down and give us a big smile!” She read a citation about each young leader, fifty-six students in all from 29 of the primary schools in the region. She referred to them as “the finest in the making.”

Some award winners had helped to create clubs and special interest groups, while others were recognised for giving younger students a helping hand. Award winners tended to be respected, respectful, and responsible. Some had led a new activity at their school, such as ‘Adventure’s got talent’ (Adventure School) and ‘Postgate’s got talent’ (Postgate School). They were noted for being kind, caring, patient and humble. They had the courage to take risks. Many were seen as positive, infectious, quiet and friendly. Others were simply good friends, honest and hard working. All winners exuded a quiet confidence. 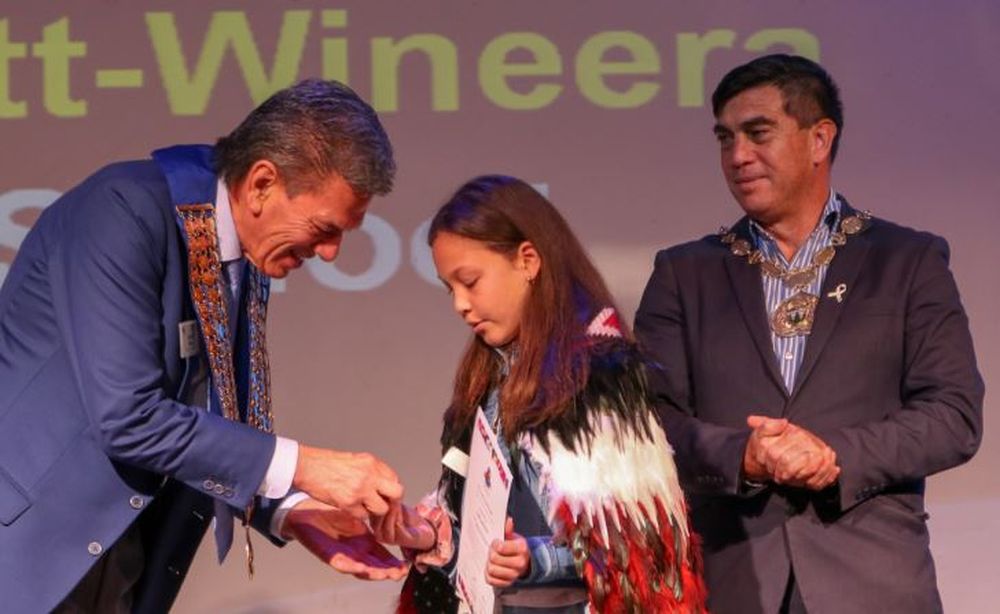 Each winner was presented with a certificate and badge by Mayor Mike and Rotary District Governor John Mohi. All recipients were professionally photographed and you can find their citations here. Many more photos are on our Gallery page here.

Many winners were honoured by impromptu Hakas performed by students from their respective schools. It was humbling to observe the passion and love demonstrated in these moments. 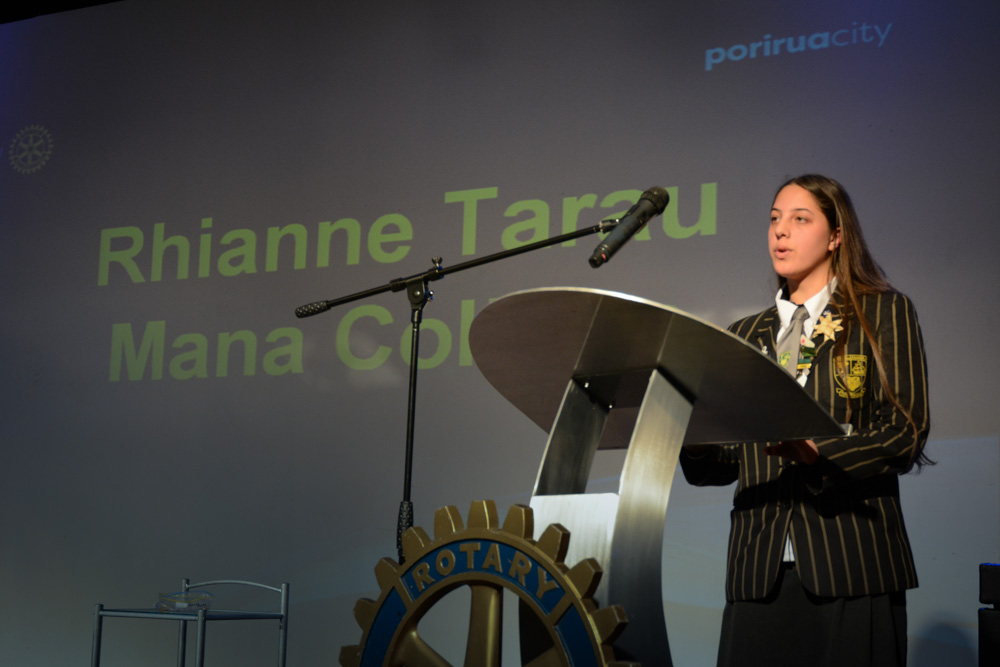 Following the awards ceremony, Rhianne Tarua, a Year 13 student from Mana College, spoke about the attributes of leadership as she saw them. “Leaders are not always the loudest. They take opportunities and are not afraid to try new things. They grow and grow, not always within their comfort zone.” Rhianne urged her audience to grab opportunities that were presented to them. 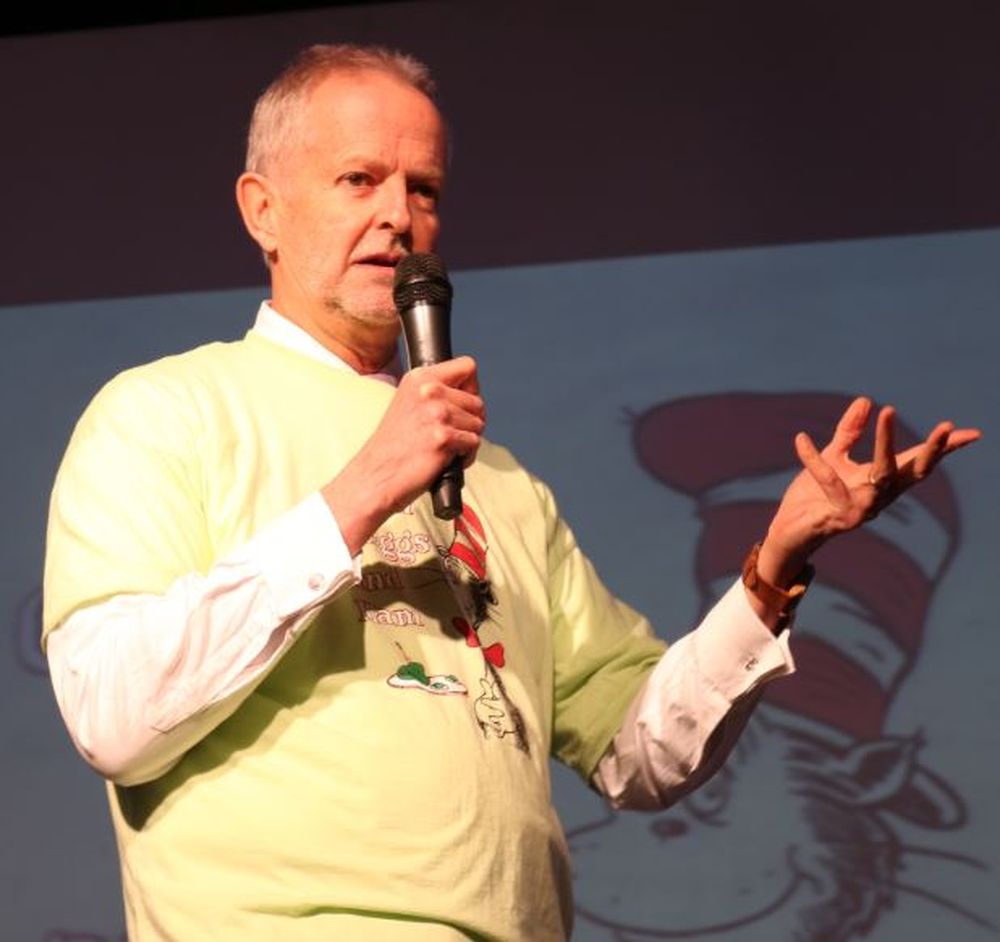 The awards ceremony was completed by an animated presentation from former Judge and now NZ’s Children’s Commissioner Andrew Beecroft. He donned three different T-shirts in turn. The first carried the famous quote from civil rights leader Martin Luther King: “I have a dream!” His dream was that people of all colours and races should be treated equally. “We should not be judged by our colour, but by our character.”

The second T-shirt referred to the well-known children’s book by Dr Seuss: “Green Eggs and Ham”. The message here was to not be afraid to try new things even if they seemed a bit strange at first.

The last T-shirt carried the title of the Aretha Franklin song RESPECT. “Leaders respect one another, and they respect others by placing their interests before their own.”

Finally, the Corinna School singers returned to sing ‘Parea Nei’: “All doubts swept away, all restraints cast down.” A fitting finale to an excellent occasion.