Scottish historian Thomas Carlyle described economics as ‘the dismal science’. But this was in 1849, and the world has changed a lot since then. 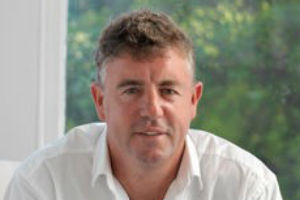 Our guest speaker this week was Cameron Bagrie, well-known guru on economic affairs, and a trustee of Life Education.

The main thrust of his forthright talk was that we should expect relentless change and disruption across the economy and society. Netflix, AirBnB, and E-scooters were unknown just a few years ago and now they are fixed in the public consciousness. These are technology-driven disruptors.

Demographic trends are driving new behaviours, too. The 64+ age group is growing fast, and the attitudes of younger workers are different. Who will take over the small firms when their owners want to retire?

To succeed in an era of disruption and rapid change our businesses need to adapt, so we need to encourage risk-takers and be more accepting of failure. Complacency is in itself a high-risk attitude. Sectors which in the past have relied on capital gains, such as farming (and especially dairying), will have to innovate more energetically.

There is an unhealthy focus on short-term results and returns to shareholders rather than the needs of customers over the long term. This needs to change. A quick win usually leads to long-term loss.

Cameron considers housing affordability, child poverty and mental illness as national disgraces, and while the ‘wellbeing’ budget shows good aspiration, so far the execution has been poor. Government debt at 20% of GDP is very low and since the government can borrow at low interest rates, it should do so. But then there are resource constraints, especially skilled labour, so projects can be poor value for money.

To future-proof our quality of life, we should invest more in our children, and pay our teachers more. Children need to be financially literate, a mission which Life Education is embracing.

Cameron’s take on economics was wide-ranging, stimulating, disturbing at times, but far from dismal.