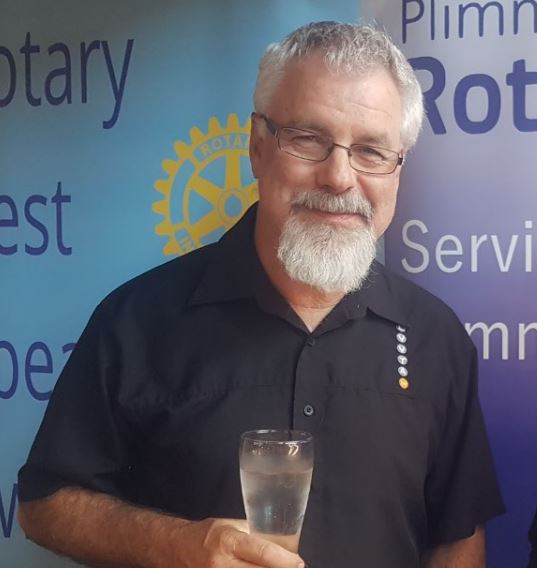 There was a boy who, at the age of thirteen, became intrigued by the principles of cost accounting. He went on to become a successful accountant and was forever grateful that his early passion had led to a rewarding career.

No, I don’t believe this story either, but last evening we heard from Tony Johnson, CEO of the Low Volume Vehicle Technical Association (LVVTA), whose boyhood interest in cars, engines, and speed was the basis for his career in the safety and certification of modified vehicles.

The Association has offices here in Raiha St, but Tony commutes one week per month from the McKenzie District, where he and his partner, Linda, have a collection of vintage and racing cars. They are both active on local race tracks.

A ‘low volume’ vehicle is one where the number in existence is one to five hundred. Often they are modified versions of standard production vehicles. Vehicles can be modified for a host of reasons: performance, seating, interior additions (eg ambulances), right-hand drive conversion, and so on.

Prior to 1988, the safety of modifications was covered by the WoF, but the government was looking for a more robust system of checking, especially for hot rods. The Hot-Rodders lobbied for the right to self-certify and this was agreed to after their code of practice and certification process was approved. Eventually, the LVVTA was formed and the government asked it to take on certification of mainstream vehicles as well. There are now about 6,000 certifications issued each year.

The role of LVVTA has grown over the years and now includes training, technical support, standards, noise testing and various aspects of vehicle safety. The certifications are performed by a network of specialists who themselves are monitored by LVVTA. Their fees range from $500 to $1500 depending on the complexity of the modification. revenue comes from a $160 plate fee per certification.

After describing this impressive example of industry self-regulation, Tony digressed into a hair-raising tour of modern drag-racing, which one suspects is his main interest in life.

Zoom-Zoom
+ Text Size -
Do NOT follow this link or you will be banned from the site! Original generation time 2.1053 seconds. Cache Loaded in: 0.0477 seconds.