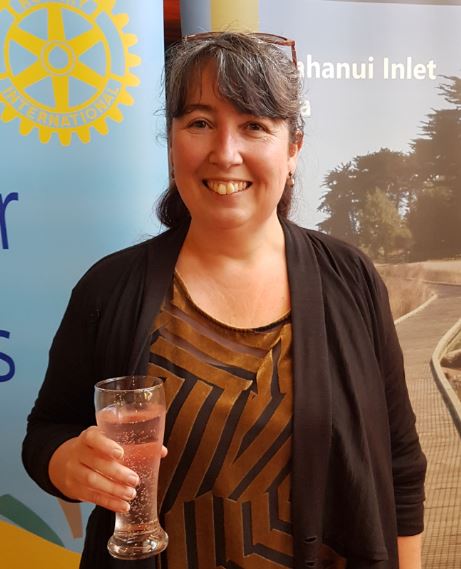 Christina Howard, Executive Director of the Todd Foundation, introduced the club to the world of philanthropy at last evening’s meeting.

The Todd Foundation is the philanthropic arm of the Todd Corporation and was founded in 1972 by Sir John Todd and his uncles. It still has close ties to the Todd family, with four of its eight trustees drawn from the family.

The Foundation has disbursed over $80M to good causes, always with a focus on children, youth, families, and education.

Prior to 2016 it solicited applications for funds and supported the most promising ones. In a strategic review it became clear that this traditional method of funding needed changing, as with the growth in applications, the applicants’ success rate had fallen from over 50% to less than 15%.

The Foundation became a proactive funder, researching needs, developing programmes with partners, and funding on a larger scale over longer horizons. The payoffs will often be intergenerational.

Current areas of particular focus are youth employment and equity of opportunity for disadvantaged families.

Philanthropy in a Changing World
+ Text Size -
Do NOT follow this link or you will be banned from the site! Original generation time 2.5082 seconds.