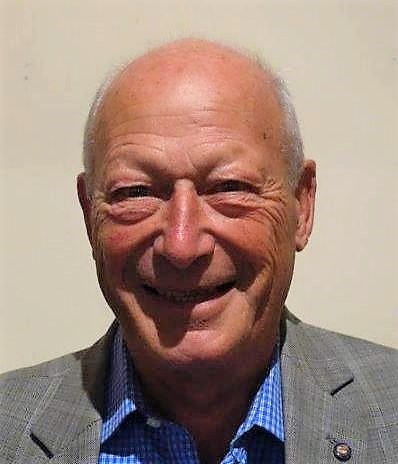 Jim Dearsly gave a short talk this evening. He enlarged on the following themes ...

'For a few years now the farming community has been under fire for causing pollution and the increase in Methane emissions. Dirty Dairying. Farmers have taken steps on both these issues but they are still being bullied and vilified. The rural industries have been and still are our economic backbone.

'The Climate Change Commission is proposing that dairy cow numbers be progressively reduced by 25%. But, did you realise that our cows, per litre of milk, have a carbon footprint that is 48% of the average of all the other exporting milk producers in the world? I will come back to that later.

'Now I come to the elephant in the room - World population growth.

'A few statistics - in round numbers ...

'Strangely that curve closely follows the global warming curve, that follows the greenhouse gas curve. So what is the root cause?

'Does it make sense to cut back on New Zealand milk production if to do so merely leads to other less efficient suppliers filling the market gap and so increasing the greenhouse gasses globally? Should we not increase our production? Especially with another 3 billion people on the way – Think globally.

'Does it make sense, for ideological reasons, to deny the use of Low CH4 ryegrass in New Zealand that could reduce dairy cow emissions by 15% - perhaps more?

'Does it make sense to forbid the genetic engineering of cows to get a further 15+% reduction in CH4 emissions?

'But it seems to be a forbidden subject politically both internationally and domestically. When did the UN ever speak of it or our or any other government? Could we ever expect to get a Rome Accord on global population control?

'I wouldn’t want to leave you in with that dark conclusion. So think about this.

'Believe in the ingenuity of humankind. Be prepared to adopt new science. Reject the anti-vaxxers, the anti-nuclears, the other ideological non-believers of science generally. We should embrace science. Become scientifically literate. Be thankful for the wonderful strides forward as a result of scientific innovation – think of heath, communication, transportation.

'Be prepared to use non CO2 producing power. Modern nuclear plants are safe. Use GE. Produce food by the most productively efficient way in a global context. Bring the global population explosion into the limelight'.