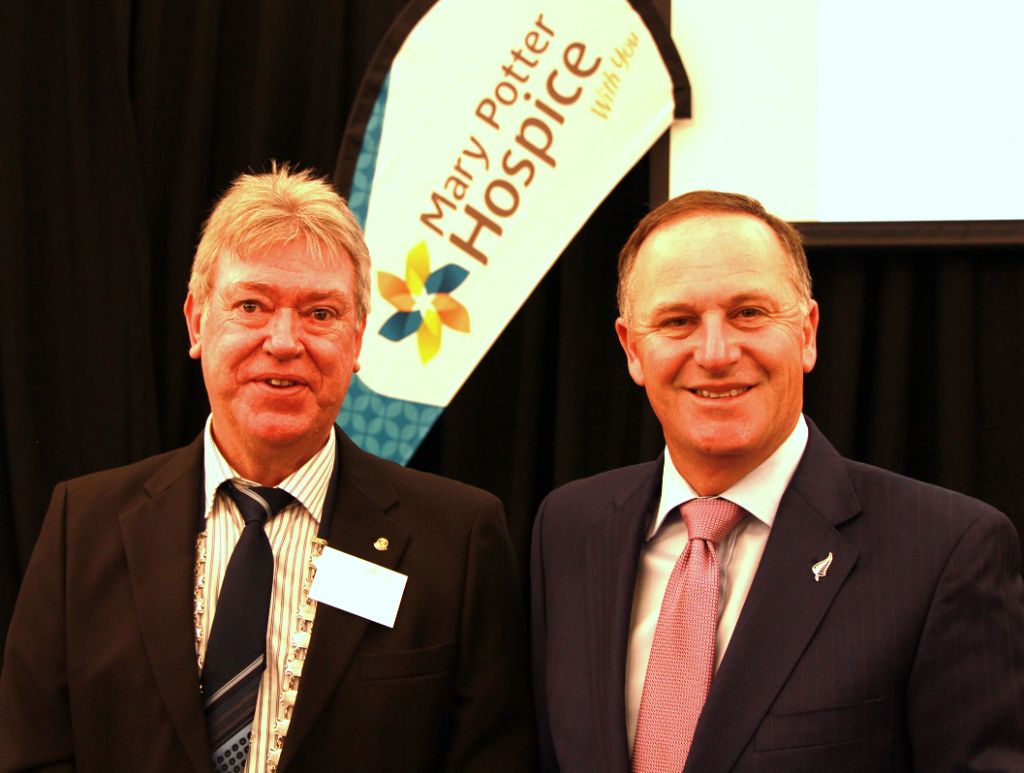 Speaking at a charity breakfast in Wellington hosted by Plimmerton and Port Nicholson Rotary Clubs in support of Mary Potter Hospice, Mr Key noted that net migration into NZ was currently running at some 50,000 per year, and estimates were for it to continue in the 30,000-50,000 range for many years to come. This influx of people would drive economic activity throughout the country.

But there were other positive indicators as well. “The Christchurch rebuild continues to inject $100 million per week, of mostly overseas capital, into the economy.” On the USA, Mr Key believed that America was again becoming a major economic powerhouse. “Make no mistake – the US is back and it’s not going away again any time soon. A strong USA is good for the global economy. Add to this the fact that NZ has massive mineral reserves which are as yet untapped.”

As Minister of Tourism, the Prime Minister had more good news. “Currently we have around 2.9 million overseas visitors each year, about half of whom are from Australia.” 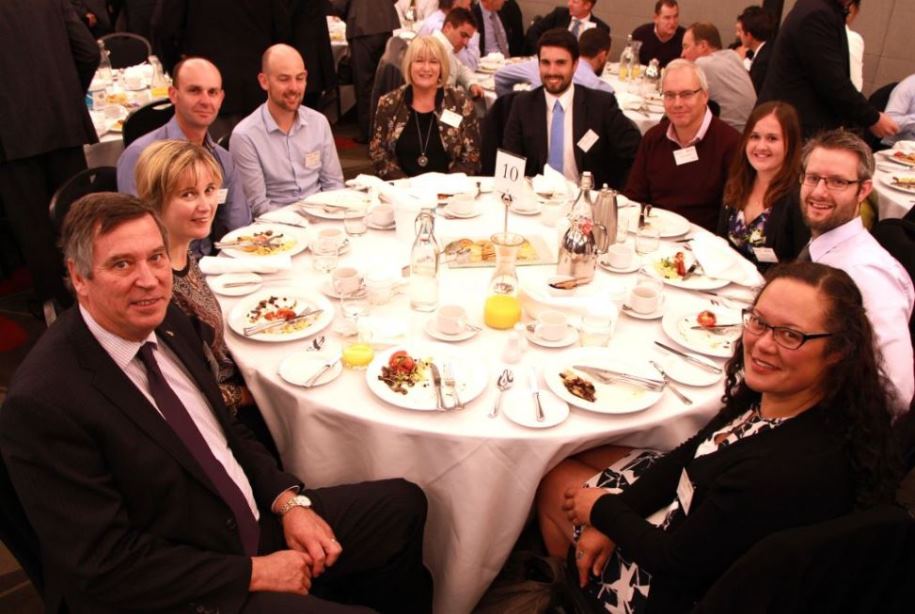 The Australian economy wasn’t in too bad a shape, but with a political climate that was more unsettled than at any time in living memory, there were risks that our neighbours could suffer a crisis of confidence, even though the country had not suffered a recession since 1991. “It’s interesting that when you analyse things, maybe Australia needs us a lot more than we need them. For example, currently there are 17,000 Australian firms that export to New Zealand. This compares with around 5000 Australian firms that export to China.”

“Are we now the Lucky Country?” 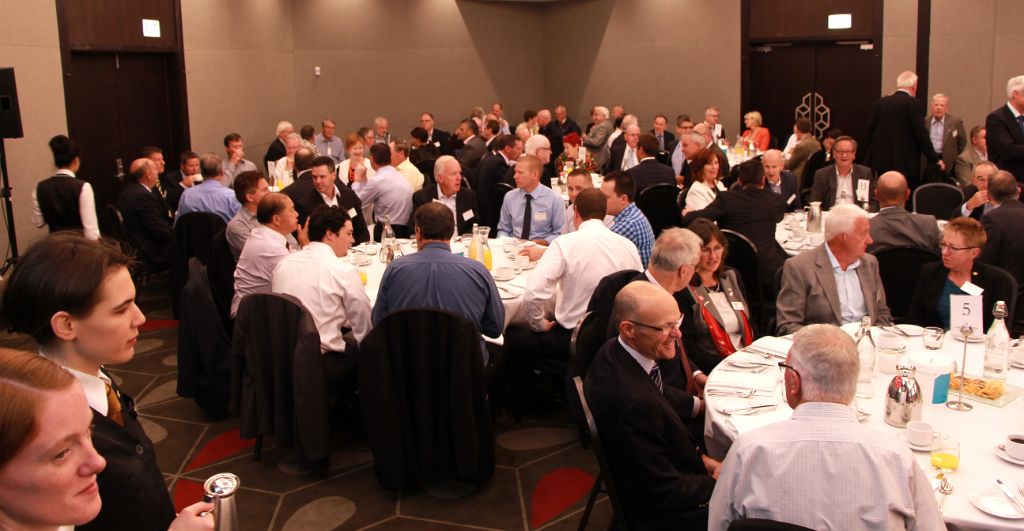 Mr Key joked that there were two imports from Australia that were of dubious value: “Russell Norman (Co-leader of the Green Party) and the Queensland fruit fly.”

On the decision to send NZ army personnel to Iraq, The Prime Minister was adamant that this was the right thing to do. NZ was one of 62 countries that were involved in Iraq. He noted that although the ISIL terrorist group was only 18 months old, it was extremely well funded and seemed to attract a steady stream of young men from all over the world. “By the time these young men return home they have been well and truly radicalised and their instructions from ISIL are to cause death and destruction in their home countries.  Make no mistake - as chilling as it is, ISIL wants to create a global cartel of killing agents. We have no choice but to join the fight against such evil.”

An interesting and hopefully positive side effect of the situation was that countries which had previously disliked each other intensely, such as Iran, Iraq, and even Israel, were united in their fight against ISIL. 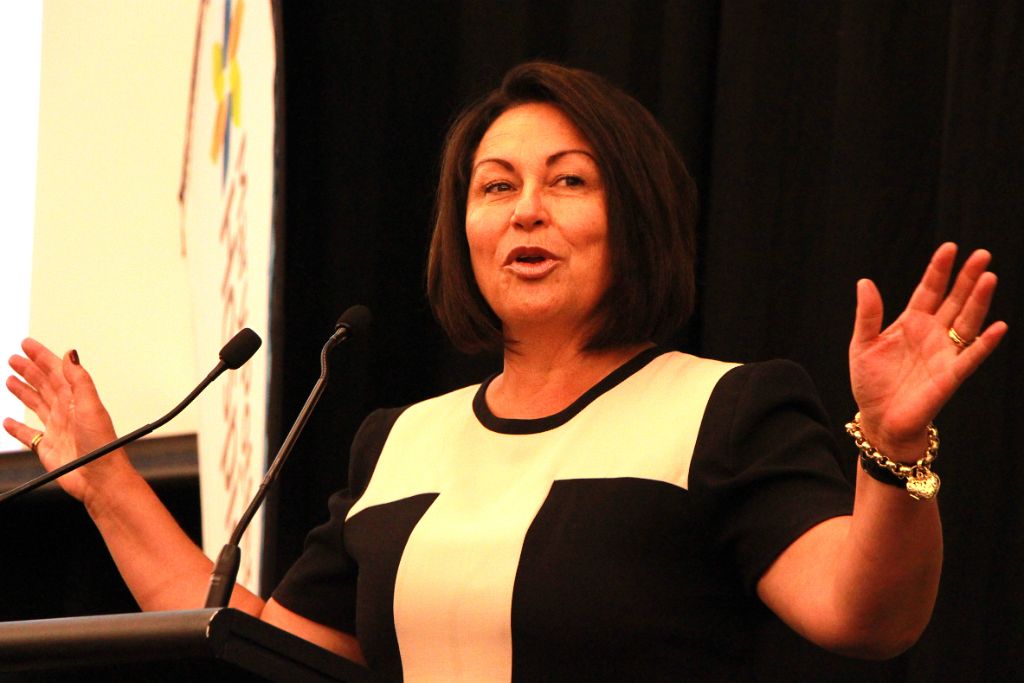 Hon Hekia Parata proposed the vote of thanks to the Right Honorable John Key and Chief Executive at Mary Potter, Ria Earp, 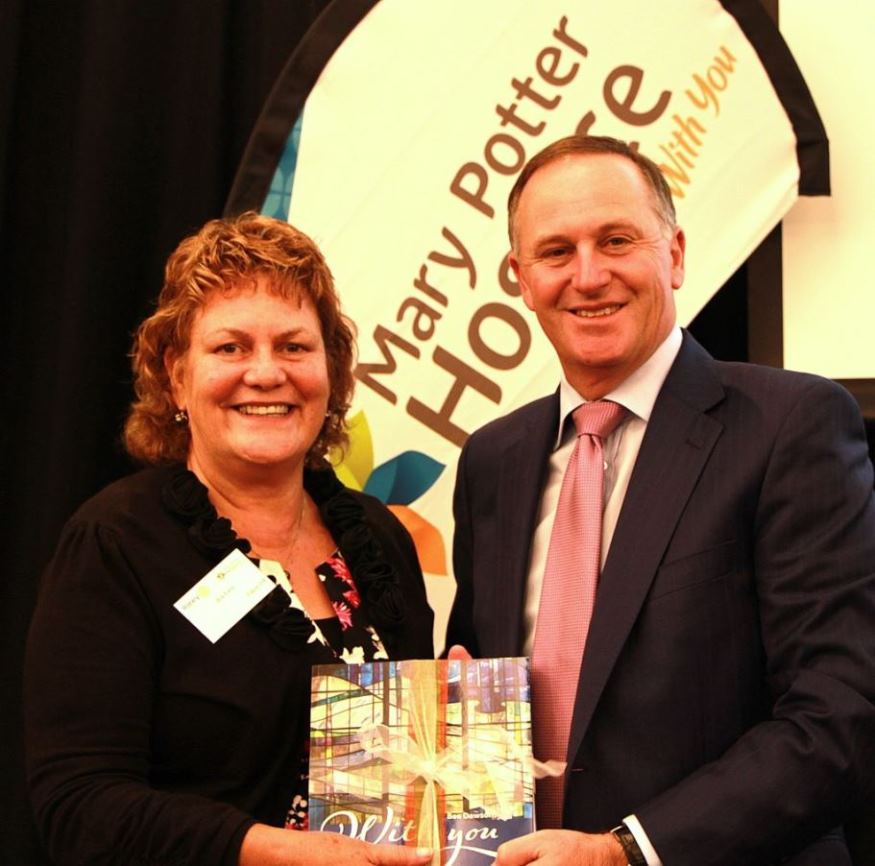 presented him with a book about Mary Potter.

The Prime Minister also spent some time talking with our exchange student Jessica, who was very privileged to receive the pin off his lapel. 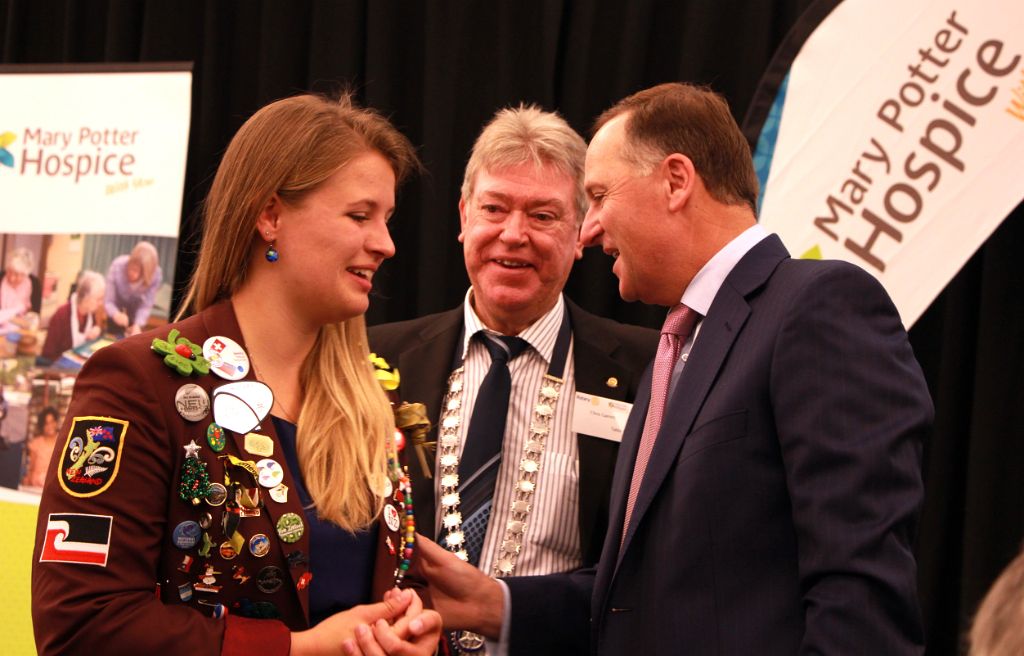