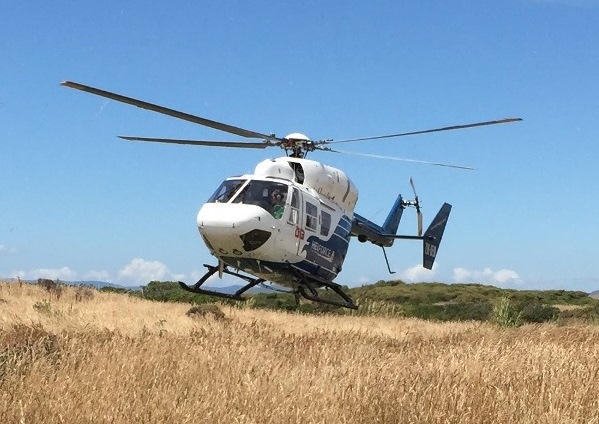 Fog threatened to disrupt the planned arrival of one hundred fluffy Fairy Prions chicks from Stevens Island on Sunday 17 January. It certainly disrupted the travel plans of hundreds of travellers trying to fly in and out of Wellington airport, but out on Mana Island the weather was hot, calm and clear and the helicopter touched down on cue at 1.45pm with its precious cargo. 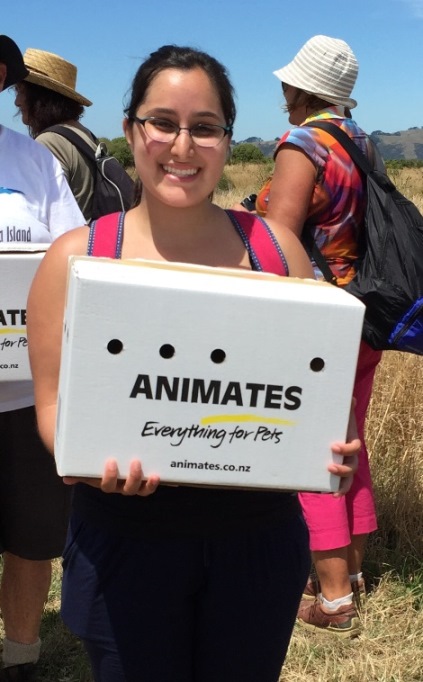 This load of chicks supplements the one hundred delivered one year ago to boost the colony of birds on Mana Island.  The fledgling chicks are fed a special diet of sardine smoothies for one to two weeks after their arrival on the island and then with their adult plumage they fly off to spend the next two to three years at sea. 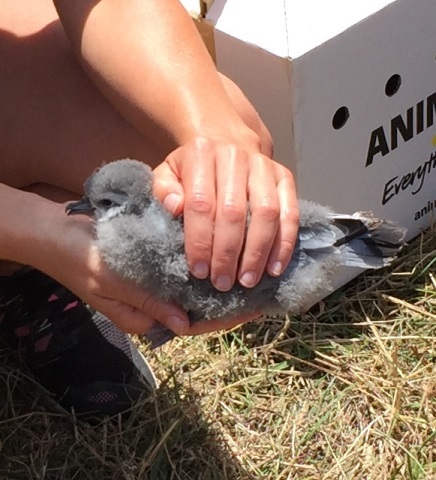 The colony was actually started some years ago and now adult birds are returning to nest. Fairy prions colonies are found on islands around New Zealand with the largest colony on Stephens Island.  The Fairy Prion introduction is part of a larger restoration programme for Mana Island, which to date has also seen the introduction of takahe, North Island robin, brown teal, diving petrels, yellow-crowned kakariki, speckled and spotted skinks, Wellington green geckos 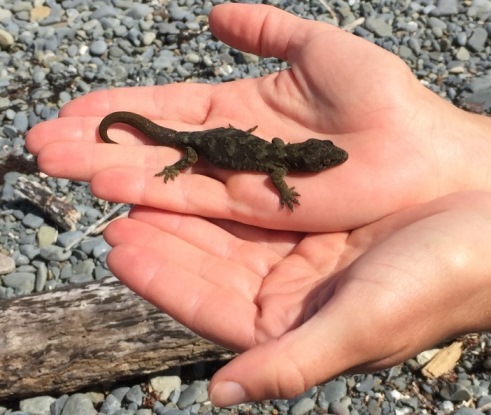 and flax weevils. A wetland has been restored and hundreds of thousands of native trees have been planted by volunteers. Fairy prion and other burrowing seabirds are “keystone” species for island ecosystems. Their burrows create safe, sheltered and humid homes for lizards, tuatara and insects. Because they feed at sea and nest in dense colonies, they create highly fertile ecosystems by delivering nutrients in the form of droppings, spilt regurgitations, addled eggs and corpses.

The project is being funded by the Friends of Mana Island through grants and donations, with support from DOC, the Ornithological Society, Ngati Toa,  Ngati Koata and current sponsor  OMV. 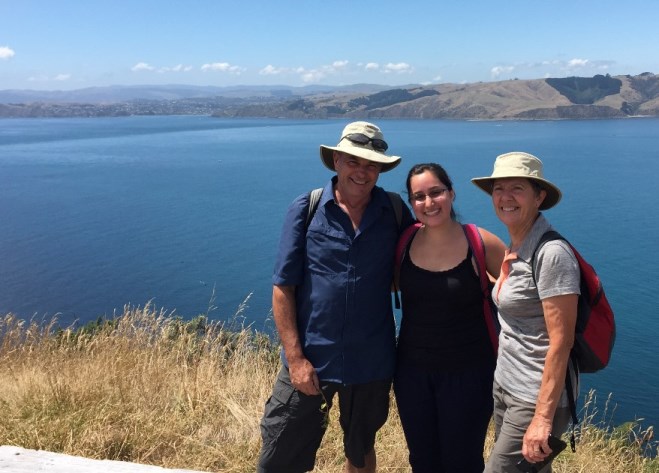 The Friends of Mana Island is an incorporated society established to assist in the restoration of Mana Island, and these trips to the Island are organised by them for sponsors, club members and friends to share.  Brian Paget with his FOMI hat on invited Plimmerton Rotarians to participate in the visit and Ron & Jenny Lucas brought the Club’s exchange student Helena along for a unique experience.