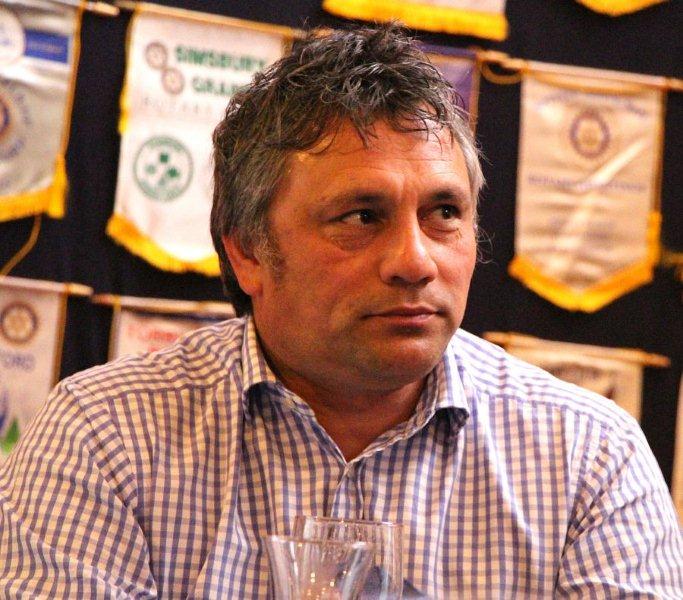 A selection of photos Marty Donoghue took in Iraq when he was there as a technical advisor on bomb disposal to the UN, demonstrated the conditions in a place few of us will ever visit. His snapshots gave an insight into the conditions, both social and political, which he experienced.

Marty commented on the changes that have taken place over 3000+ years. Then, Baghdad was a beautiful city on the Tigris River where early civilisation began. Now, as Iraq today, it is a divided and war-torn region. Things changed dramatically In the four years between 2003 when Marty first arrived and drove through Iraq, to 2007 when land mines and snipers abounded. He knows he would never dare do the same again.

As a bomb disposal person, even after just 2 weeks in Iraq, Marty found bunkers full of munitions and fuse wire, and there were guns lying around everywhere. Locals brought truckloads into the compounds and dump trucks went around like garbage collectors picking up stuff from the streets of Bazrah. Sadam had laid huge fields of Italian-made anti-tank mines around the oilfields and as they were 99.9% plastic they were very difficult to detect and destroy. Iraq was not very sophisticated in making bombs. Instead, they used networks like those in Iran to buy them, trialling them in Lebanon, then bringing them back to Iraq to use against the United Nations. No weapons of mass destruction were found!

Photos of the palace where a cigar-smoking Marty had an apartment, with gold-plated taps in the bathroom, showed the level of opulence previously enjoyed by Sadam and his families. Amidst all the destruction this palace avoided being bombed because it was the UN headquarters in Baghdad. 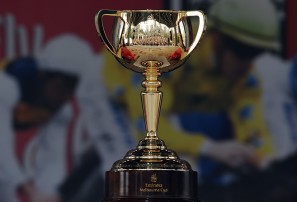 Next Meeting is Melbourne Cup Casino Night. This evening will be a social night/fund raiser with net proceeds to Cannon’s Creek Boxing Academy (which was started by Billy Graham to support and mentor young men in the area). Cost will be $20 per person with $10 to CCBA and $10 for finger foods served during the evening. This event will now start at 4.00 pm. A cash bar will operate. The Melbourne Cup Horse race will run just after 5.00pm. The evening will conclude at approximately 8.00pm.

There will be a prize for best hat/fascinator. Sweepstakes will be run for a flutter on the race itself.

Inner Wheel , Zonta and Mana Cruising Club have been invited. Inner Wheel members who are wives/partners of Rotarians, please confirm you are coming in the Rotary Numbers count. A ring-around will be done. Numbers must be confirmed no later than Sunday night 2 November.

Bold new project: Julie McLagan announced a bold new project. Intellectually handicapped people up to the age of 30 will have the opportunity to enter a Rotary speech contest organised by Julie. This project will run on a National basis with costs covered by a generous anonymous sponsor. Thanks Julie for your initiative in setting up this project which will benefit the IHC and give Rotary some positive exposure. 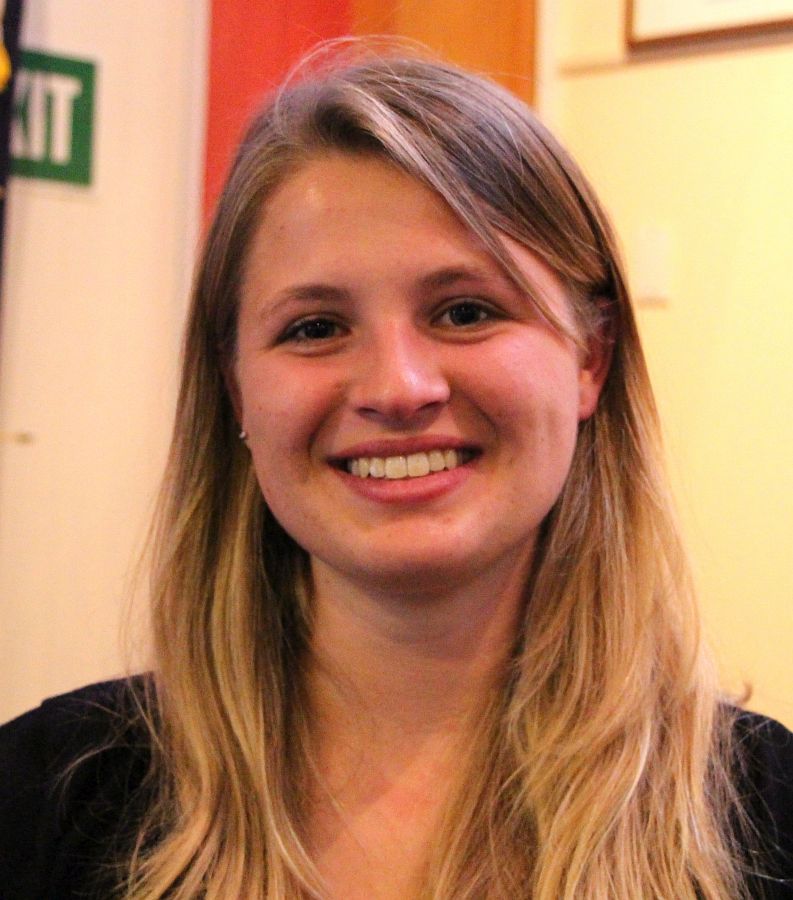 Birthday girl: Happy Birthday to Jessica for last Sunday 26 October when she turned 17.

Next Sunday 2 November Jessica will be shifting to stay with Dianne McGavin. A change of host family is always a big adjustment for a student and Jessica has been looked after so well by the O’Connells. Thanks to John and family for making Jessica so at home in your midst. 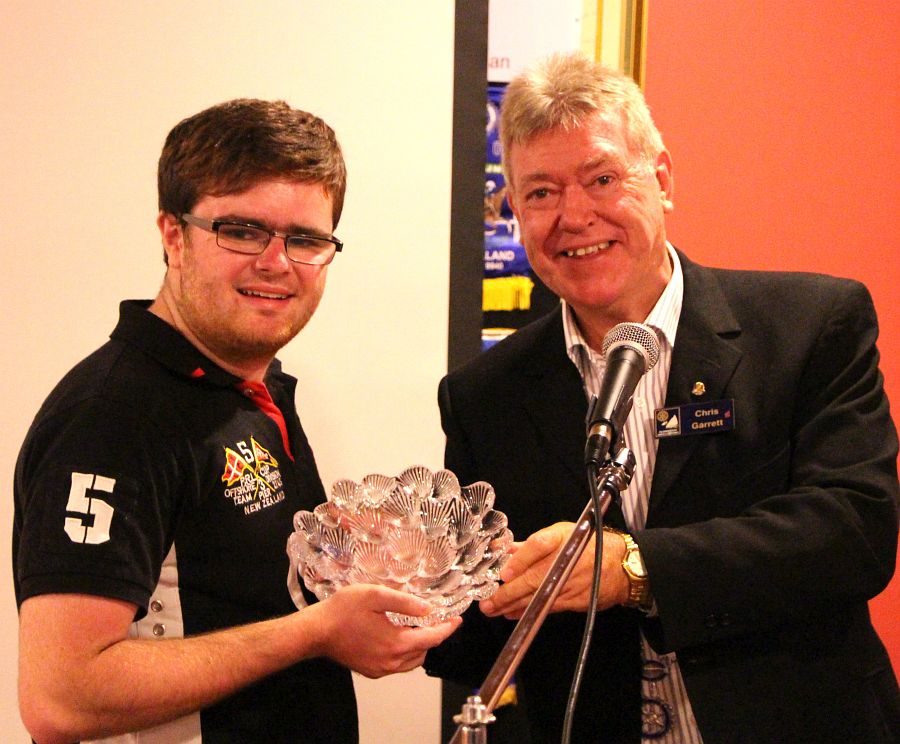 Peter Kongsbak:  Peter Kongsbak, a former Exchange Student, is back in New Zealand for a holiday and took time to come and visit us to present a beautiful glass bowl donated from his family Fisheries business. Peter is now employed in

this business as a section manager for one of the new lines.

We took pleasure in seeing Peter again and wish him all the best for the future. 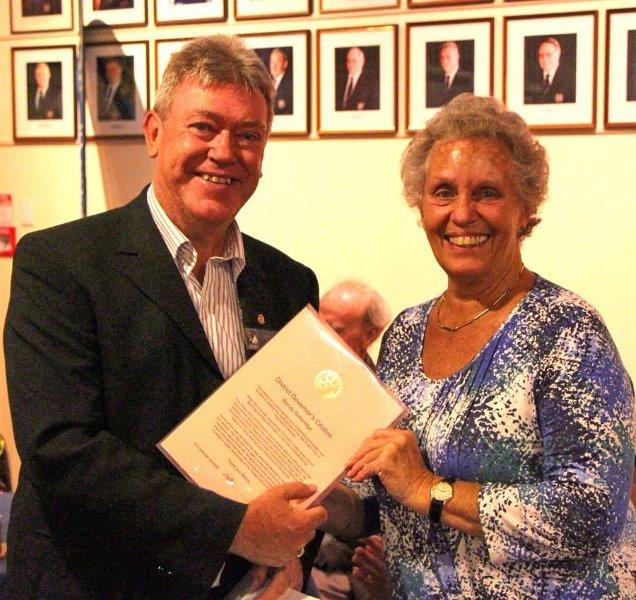 District Governor's Citation: Wendy Betteridge was awarded a District Governor’s Citation for producing the 'best Rotary web site in the District (and probably the best in NZ)' - Plimmerton Rotary's site. This had been awarded by Deb Gimlett but had not been given to Wendy because she was overseas at the time. Well done Wendy. Your work on the website is greatly appreciated.

Working bee: There will be a working bee to do some planting around theTe Ara Piko Pathway on the inlet on Tuesday 18 November between 10.00 am  and 2.00 pm. Please let Peter Jackson know that you would like to help.

Quiz Opportunity: Anyone interested in being part of a Plimmerton Rotary team in a quiz night? It promises to be a good night to raise money for a worthwhile cause and this would be a great way for Plimmerton Rotary to be involved and show support for Wellington Rotaract. If you are interested, please contact Donna Gemaries on 021 362 802 for details.