Andrew Butcher joined the Foundation in 2006 as Director of Research. He directs its research and Track II diplomacy programmes. In 2011, he was a visiting Fellow at the Institute of Southeast Asian Studies in Singapore, in 2012 a Teaching Fellow in the Political Science and International Relations programme at Victoria University of Wellington and in 2013 he was selected for the State Department’s International Visitor Leadership Programme in the United States of America.

Andrew holds degrees in history and criminology from Victoria University of Wellington and a PhD in sociology from Massey University.

He is a member of the Royal Society of New Zealand and of the International Institute for Strategic Studies. He is also the author of more than 30 articles, reports and book chapters.

The Asia New Zealand Foundation was founded in 1994, at a time when just 3% of NZ’s population was of Asian descent. Nineteen years later in 2013 the proportion is 12%.

Speaking at Plimmerton Rotary on 10th December, Director of Research Dr Andrew Butcher explained that the Foundation had been set up to help New Zealanders understand more about Asia. They achieved this in five main ways:  promoting cultural programmes with an Asian theme (for example celebration of the Chinese New Year); educational visits to primary schools; encouraging NZ’s mainstream media to cover news stories about events in Asia; promoting business exchanges between NZ and Asia; and continually researching the attitudes of New Zealanders towards Asia.

In addition, the Foundation had established a Speakers Bureau, through which suitable speakers were being encouraged to address groups and organisations throughout NZ about Asian matters.

The above percentages in Porirua added up to more than 100% because many people in this region identified as having mixed ethnicity. 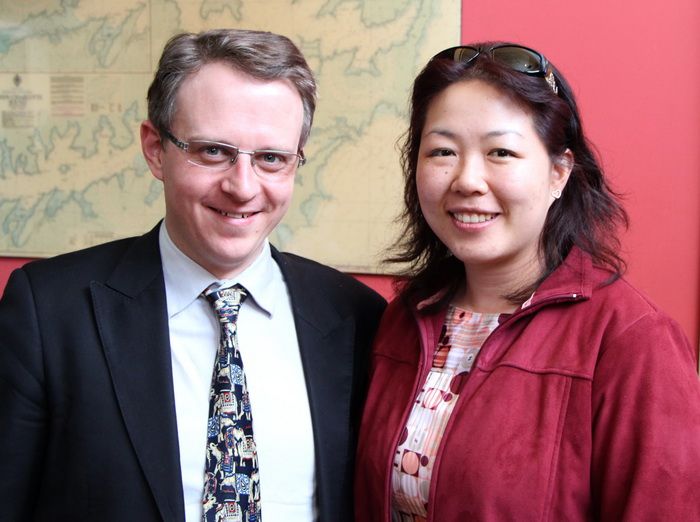 In Porirua, the Asian community was made up of people who identified as Chinese, Indian, Fillipino, Burmese, Laotian, Cambodian, and Fijian Indian.  The principal languages spoken in Porirua were English, Samoan, and Maori.

The Asia New Zealand Foundation was looking to the future through the establishment of the Young Leaders Network, which currently had some 350 members. Made up of those in the 20 to 35 age group, these young people were passionate about making a positive difference in relations between NZ and Asia, which augured well for the future of the Asia Pacific region.

The meeting on 17 December 2013 is the Club’s AGM.  Maike will give a presentation on her South Island adventure, and there will be a sergeant’s session with monies to go to the Food Bank.

Our Children and Grandchildren’s Christmas Party on 3 December was a great success with fun games organised by Peter Cox and Allan Nichols. Santa and his helper stole for the show for all the kids except one of President Ron’s grandsons who got most upset by the funny fella in the red suit.

Our own Christmas function at Seasons Restaurant began with a hitch – the bus that Bruce had so carefully organised did not turn up till some frantic phone calls dragged a driver just in from his afternoon runs to come and pick us all up some 45 minutes later than scheduled. Once at the venue in Waikanae the noise level rose with the chatting and laughter and an enjoyable evening was had by all.

A couple of more formal events occurred during the evening:

Past President Bob announced Adrienne Murray as the President Nominee for 2015-16 and President Ron made Christine Blick and Dianne Roberts honorary members of our club.

Gordon Wellwood continues to get better and we thank Bruce Couch for acting as family liaison keeping us up to date on his amazing progress.

Polio Money Boxes.  These were distributed to members at the last meeting, and will be available at the next meeting for those who missed out.  The idea is to put loose change into the money boxes and they will be collected in February.  Polio is a crippling disease and one which needs to be constantly immunised against to achieve a world free of polio.  We are very close to achieving eradication and just need a final financial push.

The Rotary Communities in Action Book which was on the tables at the last meeting will be available again next week for members to take and spread around in waiting rooms, offices and at home.  It contains wonderful examples and great ideas of club projects in New Zealand and the South Pacific and we will make an endeavour to have Plimmerton’s projects in the next publication.  It is one way of publicising the work Rotary does in our communities.

Ian Turner reported on the Porirua College Awards ceremony he and Terrie attended last week. The levels of achievement and participation are commendable as President Ron and Jenny found when they attended the Aotea College Senior Awards ceremony recently.

The final meeting of the 500 Club was held last night and the winner of the Graeme Press Memorial Award was David Pine, with Richard Sherwin and Graeme Blick receiving medals.

Here are some snippets about events that our club is involved with in the community as well as a story about one of our own members,.

Executive Project Director of e-Learning Porirua, Tim Davies-Colley, received a Local Hero Medal in the Kiwibank Wellington Region Local Hero of the Year 2014 Event. The top ten semi-finalists will be announced later in December and we wish Tim all the best. You will find this if you scroll down through six other posts to ‘Local Hero of the Year’ here.

More recently on the same tab, you’ll find a post at the top of the list called ‘Worthy Finalists’. E-Learning Porirua were finalists in the Westpac Porirua Business Excellence Awards in Porirua City 2013 hosted by the Porirua Chamber of Commerce at the Arena on 5 December. E-Learning didn’t win their section but that honour went to Partners Porirua, the Trust on which Ross Garner serves.

Again on the same tab you'll see an article (posted on Talent.org.nz) about our own Donna Gemaries who has recently completed the Quarter Iron Maori event. The post is called 'A Star at every stage'.

Those of you who heard what Joy Allcock had to say to us two weeks ago may have been as disappointed as she was to read about the latest PERLS and PISA international results. You can see what she wrote about it in fourth position on the same tab called ‘A National Shame’. If you feel strongly about it and would like to comment, you can do so here by following the prompts.

Finally, members who went to the Paramoana Speech Competition Finals at Aotea College Library on Friday 29 November will have no doubt been enthralled by some very entertaining speakers. It was particularly thrilling to watch John and Maureen Barber’s granddaughter, Isabella, take away the trophy for Years 4/5. Wendy’s granddaughter, Tyla, was visiting from Sydney and did the write up called 'Sizzling Speeches' which you can find on the Articles tab or here.

Please could you make sure that you have Wendy’s email address as Wendy@LastingImpact.co.nz  When she goes overseas Telstra Clear, in their wisdom, send her emails from lastingimp/wendy. People who have replied to her when she’s overseas have replied to this email address and continued to do so when she has come back. She can’t remember who you are but if you do it from now on, it will disappear into the ether because she has removed her account from Telstra Clear.