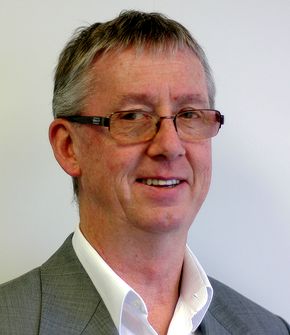 My viewpoint is: it is time to review, not just the way New Zealand votes, but the overall purpose and scope of Local Government i.e. what system we vote for.

The recent elections, 3 waters debates, together with major environmental concerns, have all clouded people’s views. This has been compounded by a plethora of false information and, in my view, false expectation that everyone should be able to individually influence local and national rules. This may have been possible with small local isolated populations but not in the modern urban world.

The recent call from Local Government New Zealand for an independent review of low voter turnout is to be welcomed. It makes a change to hearing the oft-cited argument that low turnout is justified because it reflects citizen “satisfaction”. However, it is astonishing that it has taken LGNZ so long to make this call, given that the underlying issues have been evident for a number of years.

As defined in the Local Government Act 2002, the purpose of local government is:

Between 2013 and 2019, the second purpose statement was, instead, "to meet the current and future needs of communities for good-quality local infrastructure, local public services and performance of regulatory functions in a way that is most cost-effective for households and businesses.

A central government review of 3 waters has occurred for at least 10 years under both National and Labour governments. The record shows that the majority of Local Government has not operated and maintained their community infrastructure properly, and at times have knowingly not complied with their legal requirements.

The record also shows that smaller councils have insufficient skills and buying power to comply with the modern world requirements. This was part of the reason for a number of amalgamations in 1989. Over time this has got worse.

The Local Government (Community Well-being) Amendment Bill seeks to restate the promotion of social, economic, environmental and cultural well-being of communities to the statutory purpose of local government.

I believe that the basic services that support today's communities and their expectations are energy, telecommunications, transport and 3 waters. These should be to national minimum standards for availability, performance and finance i.e. funding and limited profit, with independent regular monitoring and transparent reporting. Currently 3 waters and local roads are individually controlled and standards vary around the country. Many of these standards are not communicated to the local residents and there is little independent review or transparency.

None of these basic needs should be influenced purely by rapidly changing parochial controls. Ultimate control should stay with the nation, which does not preclude contacting services out.

This all points to my viewpoint that it is time to review not just the way New Zealand votes but the overall purpose and scope of Local Government i.e. what system we vote for.