Graham Wallace spoke eloquently about some of Robbie Burns' history and proposed a toast to his memory. He said,

But Mousie, thou art no thy-lane,
In proving foresight may be vain:
The best laid schemes o’ Mice and Men
Gang aft agley.
An’ lea’e us nought but grief an’ pain,
For promis’d joy!

President Bill, ladies and gentlemen it is an honour to propose the Immortal Memory this evening to Robert Burns, Scotland’s Bard, the heaven-taught ploughman.

Preparing this speech has been a formidable challenge to me because, even though I have Scottish ancestry, I have had to resort to a considerable amount of research to bolster my knowledge of this man. This may be because his poetry was largely ignored at the schools I went to, where the preference was for the more 'refined' writings of Wordsworth, Keats, Shelley, Milton and Shakespeare. Studying Burns’ poetry was not encouraged, possibly because of the poet’s dubious reputation, the language and the anti-establishment sentiment. The irony is that this very prejudice was recognised by Burns and he sort to reassert the Scottish identity in his works, countering the prevailing, mainly English, notion of the time that Scotland was a ‘primitive’ land.  What’s more, Wordsworth, Coleridge and Shelley were all in fact strongly influenced by Burns’ works.

Over the next few minutes, the occasional 'Aye' or nod won’t go amiss and would indicate to me that you are probably listening.  I apologise in advance for my inevitable mispronunciations and lack of the true Scot’s accent but hopefully, these inadequacies will not detract from what I am trying to say.

I would also warn you that you should quietly ensure that your glasses are sufficiently charged in readiness for a toast which will signify the end of my speech.

The son of a ploughman and the eldest of seven children, Robert Burns was born in 1759 in Alloway, Ayrshire. His parents, despite being poor tenant farmers, encouraged Robert to read Milton and Shakespeare and other literary giants who inspired him to develop a great literary style of his own.

He wrote his first poem at the age of 15 and by the time of his death he had completed hundreds of works of poetry and songs. He was fond of alcohol and often in an inebriated state which inspired a significant portion of his poetry and song.

He became a poet, provocateur, protest singer, romanticist, lyricist and satirist.  It comes as no surprise that he was also adept at playing the violin, guitar and stock-and-horn.

In 1786, his 'Poems, Chiefly in the Scottish Dialect' were a sensational success and this changed his mind about emigrating to Jamaica. Instead he moved to Edinburgh to fame and some fortune, becoming best known for his lyrical poetry and rewriting of Scottish folk songs. He contributed 150 songs to James Johnson’s Scots Musical Museum including 'Auld Lang Syne', 'A Man’s a Man For a’ that', and 'Ae Fond Kiss'.  In addition, he contributed 114 songs to a Selection of Original Scottish Airs, prepared in collaboration with George Thomson. 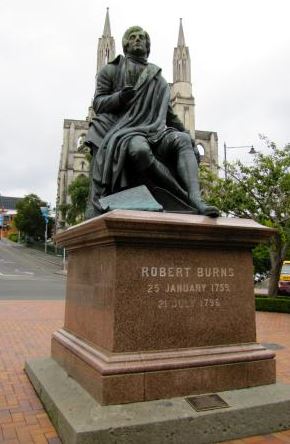 But first and foremost Burns was a poet.  He took as his subject everyday life, women and drink, producing a detailed record of life in 18th century Scotland, particularly the culture and politics of the day. These were tumultuous times, following the Union of the Parliaments, the subsequent rebellion and the beginnings of the Industrial Revolution.  Poems like Tam O’Shanter, Tae a Mouse, To a Louse, on seeing one on a Lady's bonnet in church struck a chord with many Scots, and lots of other nationalities for that matter – all those who are fond of a wee dram, humour, patriotic verse, love songs and perhaps a bawdy poem or two. His poetry was characterised by themes of solidarity, equality, liberalism, and humanitarianism. His assertion of Scottish nationhood, threatened by English political influence, is just one of the reasons why celebrations such as this one here tonight have endured for so long.  Burns is a figurehead for Scottish cultural identity. 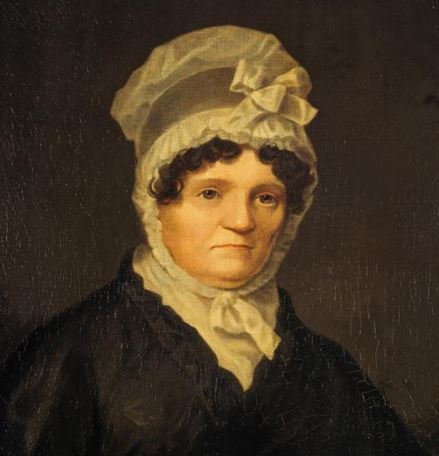 Burns has left a long legacy of romantic poetry, still sung and recited today.  This was partly because he was a ladies’ man.  He fathered 12 children (although the true number is somewhat uncertain) eight of them to Jean Armour, whom he eventually married and four to other women. Seven of his children were illegitimate, although that status changed under Scottish law when he eventually married Jean Armour.  Tragically, only three of the children borne to Jean survived to adulthood.

His success culturally however did not result in great financial reward and he eventually returned to farming, only to quit in 1789, and in keeping with his fondness of alcohol, began work as an Excise Officer in Dumfries.  His lifestyle and hard physical labour took their toll over the next few years and he died in 1796 at the age of 37.

Robert Burns is widely regarded as the most influential poet the UK has ever produced. Abraham Lincoln was a great fan of Burns, clearly influenced by Burns’ lyrics and able to recite many of his poems by heart. Burns was especially revered by the oppressed in Russia, where he is still regarded as the People’s Poet. Bob Dylan, poet, songwriter, Nobel Prize-winner considers that the lyrics of My Love is Like a Red Red Rose were the greatest inspiration of his life.

As fair art thou, my bonnie lass,
So deep in luve am I;
And I will luve thee still, my dear
Till a’ the seas gang dry.

Burns wrote a considerable number of bawdy poems that were suppressed during his lifetime. The Merry Muses of Caledonia is a collection of such verses which for a long time only appeared in privately published volumes among a discreet male audience.  Just the titles of some of those verses suggest that I should probably not recite them tonight.

But Burns was not really the rogue he seemed – he had a respect for women which is clearly evident in his work and relationships.

Burns' many love affairs and subsequent losses gave him a profound understanding of loss and the sorrow of parting. 'Ae fond kiss' is an enduring verse, telling of the unfortunate parting of two lovers, and the speaker’s depression over the many parts of his life that he is losing.

Who shall say that fortune grieves him
While the star of hope she leaves him
Me, nae cheerful twinkle lights me
Dark despair around benights me.

As I said previously, Burns rewrote the lyrics for many folk songs, over 300 of them in fact.  That I believe is one of the main reasons for Burn' continued popularity. It’s much easier to remember a catchy tune than poetic verses. And some of Burns' songs were very catchy indeed. Auld Lang Syne is the prime example. Millions the world over offer a 'hand to a trusty fiere’' at the stroke of midnight on New Year's Eve and heartily sing a groggy rendition of Auld Lang Syne. It’s the third most popular song in the English language.  I suspect that a good proportion has no idea that the words were written by a Scottish farmer in 1788 or realise that the song is basically about two friends catching up over a drink or two, their friendship having been long and occasionally distant.

A Man’s a Man for a’ That was a song that exemplified his celebration of ordinary life, abhorrence of social hierarchy, and challenged the political establishment of his day. In a fitting tribute, these words rang out at the opening of the Scottish Parliament in 1999.

What though on hamely fare we dine
Wear hoddin grey an’ a’ that
Gie fools their silks and knaves their wine
A Man's a man for a’ that:
For a’ that an’ a’ that
Their tinsel show for a’ that
The honest man, tho’ e’er sae poor
Is king o’ men for a’  that

His song Scots Wha Hae was the unofficial national anthem for 200 years and is the official party song of the Scottish National Party.

Robert Burns may have been a farmer’s son with a dubious reputation, a womaniser and an exciseman but he had a way with words, an unparalleled way with words. His ability to empathise with the human condition makes him a universally loved poet and songwriter more than 200 years after his death.

In 2009 Scottish TV conducted a poll to find who was regarded by Scots as the greatest Scot of all time. I would have thought that William Wallace would have got the nod but no - it was Robert Burns the poet who won hands down.

In the words of J S Blackie, 19th-century scholar and educationalist, When Scotland forgets Burns, history will forget Scotland.  Today, Burns is unique in the affection and fascination that his memory inspires.

Ladies and Gentlemen, please raise your glasses as I propose a toast to the immortal memory of Robert Burns.