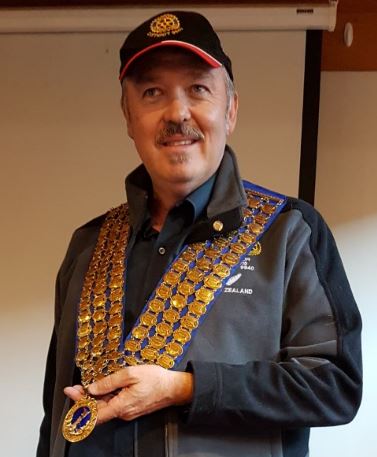 Mitch Brown is not a man to mince his words. As current District Governor for most of the Rotary Clubs in the lower North Island, he visited Plimmerton Rotary at their meeting on 13th February. He praised members for the major community projects in which they were involved. “With a membership of around 60, you are one of the largest and most successful clubs in our district. Your projects are admired by other Clubs, especially Te Ara Piko, the pathway around Pauatahanui inlet.

“But when I walk in here, I’m confronted with the same issue that I see in all of our other clubs – ageing membership. You’re fine at the moment, but think ahead 10 years and ask yourselves how healthy your club will be unless you make some major changes. Rotary must do things differently in future in order to survive.”

Rotary had a proud history in the lower North Island. “The Wellington Rotary Club was formed in 1921, so we are almost 100 years old. We have done an enormous amount of good in our communities. I’m very passionate about finding ways of sustaining Rotary into the future. 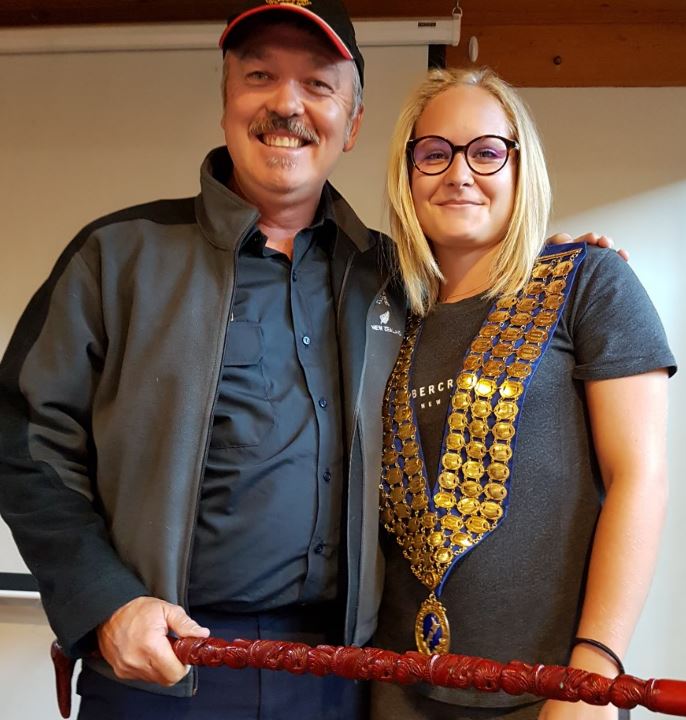 As he spoke, Mr Brown held an intricately carved “Speaking Stick”. He explained that the stick was divided into five sections. “The first section is shaped like an open beak, meaning the holder of the stick has speaking rights, and the audience should listen without interruption. The next section denotes the creation of the world, and the next depicts women and children – the continuation of life. The fourth section depicts the ‘autumn years’ of life, followed by the fifth section which is not carved at all. This represents the future, which is yet to be created.”

Mr Brown described how an early encounter with Rotary had changed the course of his life. As a young man he had become interested in joining the fire service, and he undertook some preliminary studies in this field. It became obvious to him that in order to get ahead in the service he would need to attend a course in the USA which at the time was recognised around the world as the course for aspiring firemen. He was successful in being accepted but because of his commitments – he had a young family and a large mortgage – he could not afford the airfare. He approached the President of his Rotary Club and explained his dilemma. The President asked how much money was involved and Mr Brown said it was about $2500. The President replied that he thought his Club could cover that, and they did. “This really did change the course of my career. Today I’m the Area Commander, Manawatu Area, for Fire and Emergency New Zealand.” 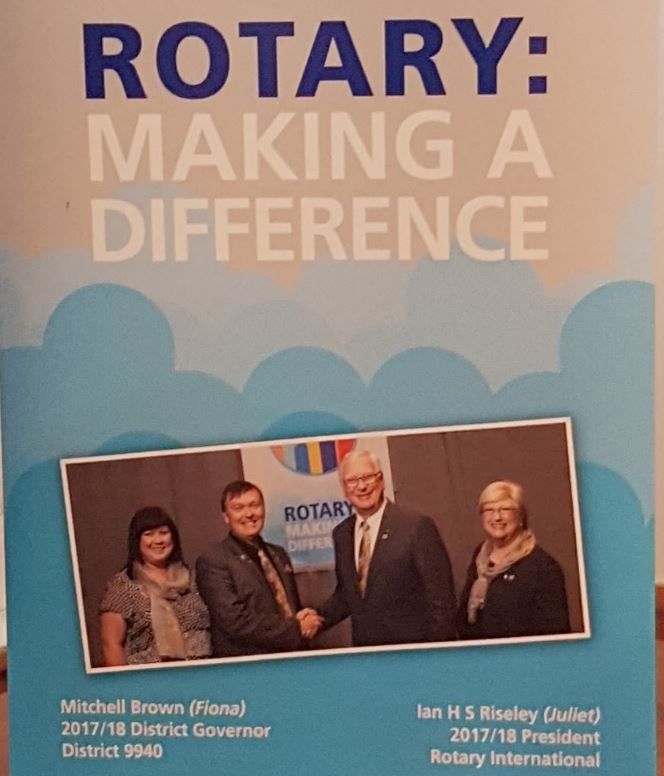 A new World President of Rotary had recently been elected. “The new President is Ian Riseley, who hails from Melbourne, so it’s great to have a World President from down under. He will be visiting NZ in the near future and while here he will pay a visit to the Parihaka people of Taranaki.”

The Parihaka were pioneers in peaceful resistance during the Maori Wars. They suffered terribly at that time. Descendants of Martin Luther King Jr and Mahatma had visited the Parihaka in recent years.