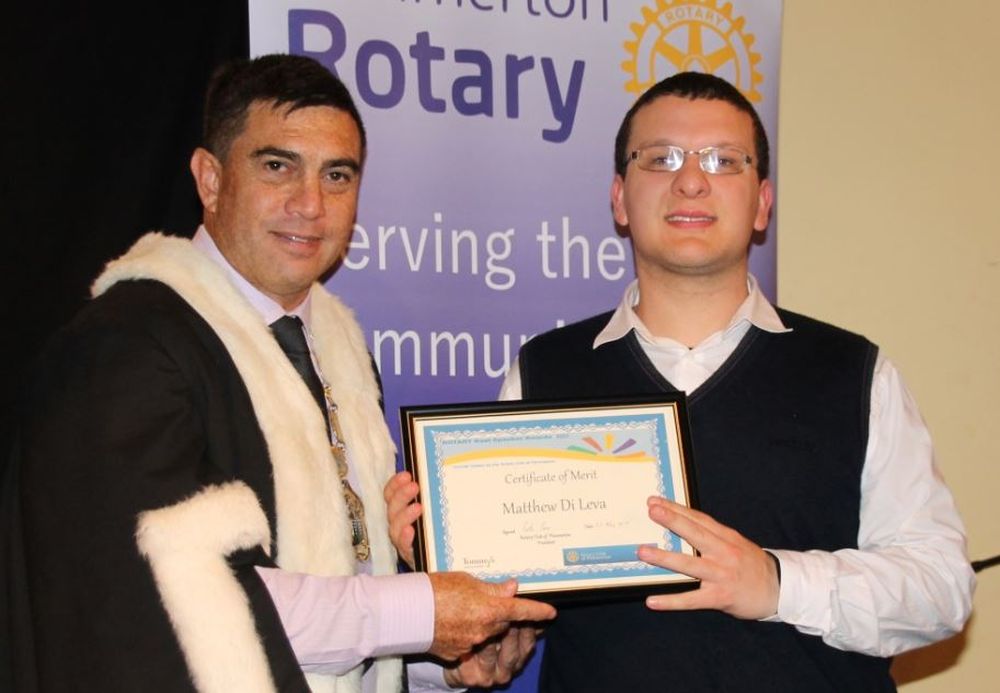 To hear 21-year-old WelTec student Matthew Di Leva speak at Plimmerton Rotary on 20 June, you would think he was a young man with all his faculties. But in reality Matthew has suffered from birth from a combination of autism and ADHD (Attention Deficit Hyperactivity Disorder).

Despite these difficulties Matthew leads an interesting and productive life. During his time at Wellington High School he had been presented with the Huxford Award, a prestige award given to students who displayed excellence in the face of adversity.

Matthew was a participant in Plimmerton Rotary’s Best Speaker Awards competition in 2016. Competition Convenor and Club member Julie McLagan noted that on that occasion Matthew had been awarded a Certificate of Merit, which he took to show his teacher at Wellington High School. The teacher was so impressed that she arranged for Matthew to give his presentation again, to the entire school. He received a standing ovation.

Special Olympics was another field of interest for Matthew, who in 2012 represented Wellington in the Trans-Tasman competition, winning silver and gold medals in running events. He had taken part again in 2016, winning a gold and silver medal as well as two fourth placings.

Matthew explained to Rotary Club members that what he loved more than anything was to spend time with people he loved and to enjoy good food. Like many Italian families Matthew’s family enjoyed frequent large gatherings of relatives and friends, usually around the family dining table. Matthew had four older brothers as well as countless aunties, uncles and cousins.

Recently Matthew had been best man at his brother Chris’s wedding. This meant that Matthew had to give a speech during the wedding breakfast. “I think I did very well. My Mum and my Aunty both cried. I’m not sure whether it was because they were so proud of me, or because they’d drunk a lot of wine.” Matthew had also spoken at his Mother’s 60th birthday (with similar results!) 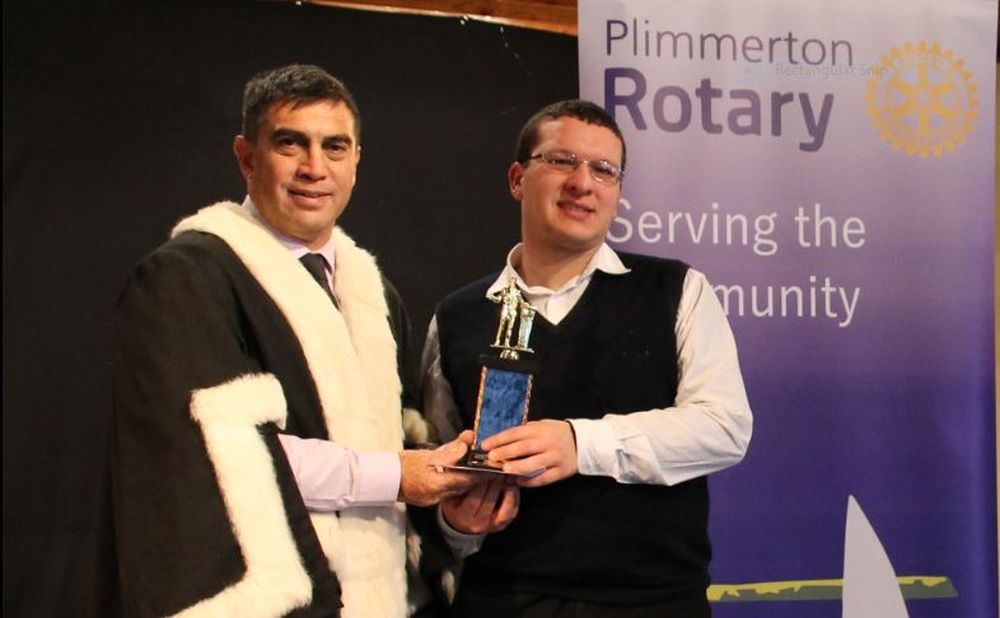 Another memorable occasion had been Matthew’s 21st birthday. “There were about 100 people there. I looked around and thought to myself how lucky I was that the people I cared about the most were all together in the same room, laughing a lot and enjoying each other’s company.”

In May 2017 Matthew participated in the Rotary Best Speaker Awards in Wellington for a second time. This time the competition featured twelve special young people. Matthew gave an excellent presentation and was adjudged runner-up. He would soon be flying with his family to Christchurch to represent the North Island in the national Best Speaker Awards competition.