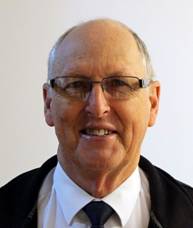 Graeme Tongs asked, 'What is my viewpoint?' And he went on to say ...

'Recently I have appreciated hearing the viewpoints of members often reflecting on past experiences but also challenging our future attitudes and responses.

'This has caused me to reflect on those who have contributed to the person I am today.

'If you search for Fathers Day NZ 2019 you find that it's a day for people to show their appreciation for fathers and father figures like stepfathers, fathers-in-law, guardians, foster parents, and family friends. I’d like to add further categories - ‘Boarders, Heritage and in the case of one of our daughters who spent a year in Norway as a Rotary Exchange Student, I’d add ‘host fathers’!

'There were “boarders” who lived with my widowed mother to help meet the cost of running a home and taught me to ride a bike before she married the Scoutmaster and I gained a great stepfather. During that time “Heritage” – a group of businessmen, assisted war orphans in practical ways. In my case they paid for piano lessons, provided gifts for my brother and me for birthdays and Christmases and possibly best of all, helped find my first job, working for a chartered accounting practice in Palmerston North.

'My father had been assistant manager at a large hardware store in Palmerston North, also serving in the territorial forces training men at Linton Military Camp prior to and during the early part of the second WW.

'After I was born and while my mother was pregnant with my brother, my dad chose to volunteer for active service and was posted to Italy as a corporal. His brother was serving in another part of Italy at the same time, and a few years ago found a letter written by my father five days before he was killed, writing that he had been blown off his feet by a mortar landing at close range and realised survival was not guaranteed. That letter was one of the few insights I have into his life, and the feelings and emotions experienced in an unforgiving war.

'The Americans bombed Monte Cassino on 15 February 1944 and destroyed the famous abbey and town surrounding the mountain. My father was leading his men through the devastation of once recognisable buildings and streets but now pitted with bomb craters. 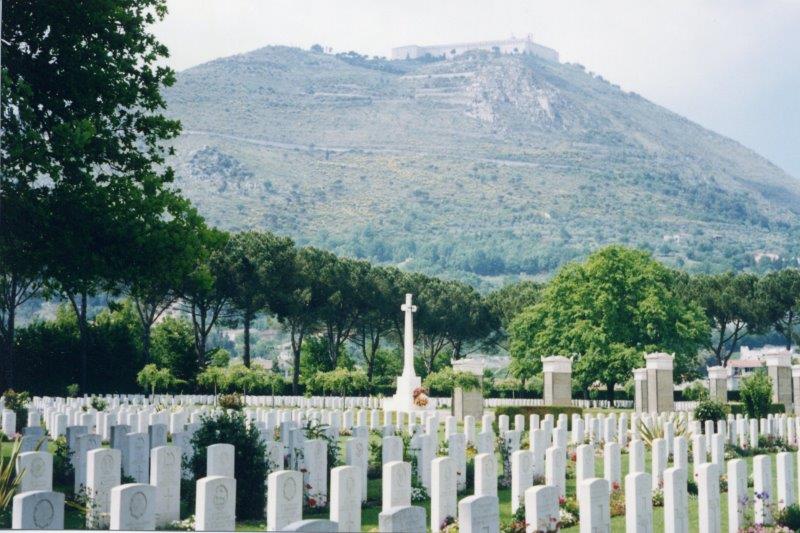 'He was killed by a sniper on the first day of a major battle - 15 March 1944; a fate suffered by many soldiers in the significant battles between 17 January and 18 May 1944.

'In 1990 Joy and I were on our first trip to Europe and caught a local train from Rome to Cassino to visit his grave where he lies with 4000 others in the Commonwealth Cemetery. We returned to attend the 70th-anniversary commemorations in 2014. It was a significant occasion for the Commonwealth (NZ, UK and Canada) and the Italian people and particularly for the Polish Corps who finally breached the German defences. At the Railway Station commemoration service for the 28th Maori Battalion, I remember the locals parting like the Red Sea to allow us Kiwis to get closer, and was later interviewed by Jessica Mutch McKay asking why I had come to Cassino , for my three seconds of fame on TV1 News. 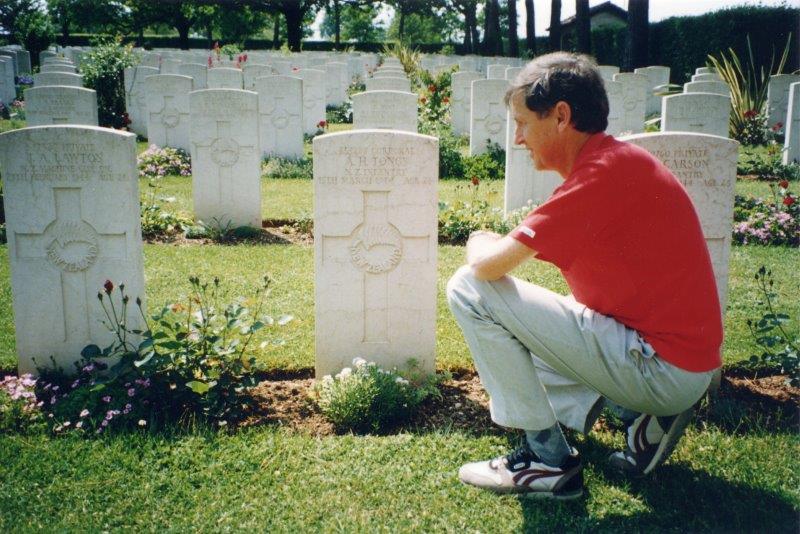 'Along with thousands of men and women, my father paid the ultimate sacrifice in giving his life for the sake of others. I am extremely grateful to the men (and women) who have stepped into what could have been a ‘void’ in my life. I was privileged to have a caring mother who took in boarders who became father figures. Then there were neighbours, the ‘Heritage’ group, and eventually a wonderful stepfather.

'We live in an age when there are many single-parent families or mum and dad live separate lives and the children are ‘shared’ between them. I wonder how many ‘fatherless’ young people in the years ahead will value their contact with Rotarians (men and women) who have gone out of their way to befriend and support our youth and young adults. Are we up to the challenge? Maybe our field of influence is wider than we recognise. I certainly hope so.'

Note:
The battle – From Wikipedia describing the day my father was killed
Bombing of 15 March
The third battle began on 15 March. After a bombardment of 750 tons of 1,000-pound bombs with delayed action fuses, starting at 08:30 and lasting three and a half hours, the New Zealanders advanced behind a creeping artillery barrage from 746 artillery pieces. Success depended on taking advantage of the paralysing effect of the bombing. The bombing was not concentrated – only 50 per cent landed a mile or less from the target point and 8 per cent within 1,000 yards but between it and the shelling about half the 300 paratroopers in the town had been killed. The defences rallied more quickly than expected and the Allied armour was held up by bomb craters. Nevertheless success was there for the New Zealanders' taking, but by the time a follow-up assault on the left had been ordered that evening it was too late: defences had reorganised and more critically, the rain, contrary to forecast, had started again. Torrents of rain flooded bomb craters, turned rubble into a morass and blotted out communications, the radio sets being incapable of surviving the constant immersion. The dark rain clouds also blotted out the moonlight, hindering the task of clearing routes through the ruins. On the right, the New Zealanders had captured Castle Hill and point 165 and as planned, elements of Indian 4th Infantry Division, now commanded by Major General Alexander Galloway, had passed through to attack point 236 and thence to point 435, Hangman's Hill. In the confusion of the fight, a company of the 1/9th Gurkha Rifles had taken a track avoiding point 236 and captured point 435 whilst the assault on point 236 by the 1/6th Rajputana Rifles had been repelled. By the end of 17 March the Gurkhas held Hangman's Hill (point 435), 250 yards (230 m) from the monastery, in battalion strength (although their lines of supply were compromised by the German positions at point 236 and in the northern part of the town) and whilst the town was still fiercely defended, New Zealand units and armour had got through the bottleneck and captured the station. However, the Germans were still able to reinforce their troops in the town and were proving adept at slipping snipers back into parts of the town that had supposedly been cleared.