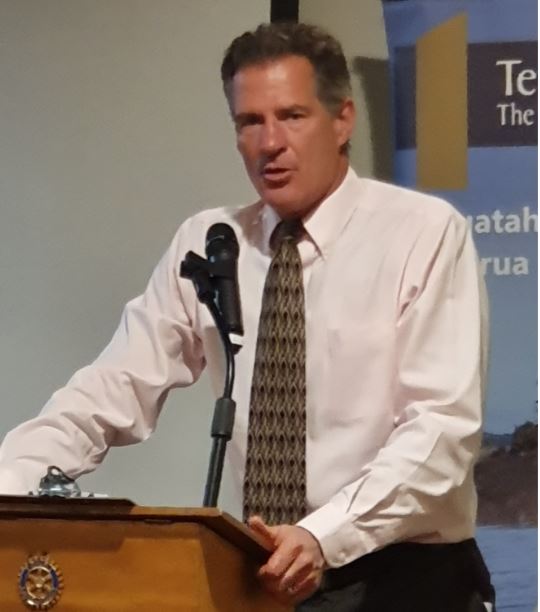 No self-respecting club would have Donald Trump as a member. And if one did, he’d probably try to renegotiate the Four-Way Test. 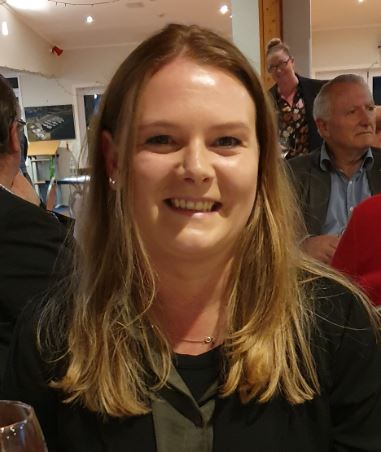 But last evening the Rotary Club of Plimmerton welcomed and gave a surprisingly sympathetic hearing to US Ambassador Scott Brown (accompanied by his Assistant, Cat Guard).

Scott is a youthful and energetic 59 year old. He has spent 30 years in politics, 30 years in the military, and 30 years as an attorney, presumably simultaneously.

After one term as Republican senator in Massachusetts, he ran against Elizabeth Warren (now a Democratic presidential hopeful) in New Hampshire, and lost. As a senator, he was bipartisan and objective, voting as often for the Democrats as the Republicans. Excellent.

But then he ‘pivoted’, as they say, and was the first US Senator to announce his support for Trump’s bid to be president. He raised $250M for the Trump campaign, and was later offered an ambassadorship by the new president. He was keen to go to a ‘Five Eyes’ country and volunteered to serve in New Zealand. Trump assured him it was a very beautiful country.

Ambassador Brown mused about the current state of politics in the USA, but the elephant in the room (i.e. the character and behaviour of President Trump) was asleep. It’s now political season, he said. The Founding Fathers designed a messy and confrontational democracy. Attacking your opponents is fine. Disruption is good. If you think the USA is bad, look at Australia and look at Brexit!

Scott reviewed the USA/NZ relationship. The US has been represented here since 1840. We are old friends, allies in two world wars, and military cooperation continues. New Zealanders are independent, number 8 wire kind of folks.

The soft-soaping and issue avoidance came to a sudden end when Jim Dearsly asked a very insightful question. Over his long life Jim had greatly admired the USA and its people. But recently, something had gone badly wrong, and he just didn’t understand it.

The elephant in the room woke up.

The Ambassador launched into a spirited defence of the President. The President had done lots of good things (sticking it to China and Mexico, for example) and whether you like him or not, the good things outweigh the bad things. Unemployment is down, stock markets are up, everyone is happy.

The ambassador deserves some sympathy. Imagine having to wake up every morning, seven days a week, to check the latest Tweets from the White House. Then he has to work out how to shrug off the President’s latest outrageous claims and insults. What a life!

As ye sow, so shall ye reap.