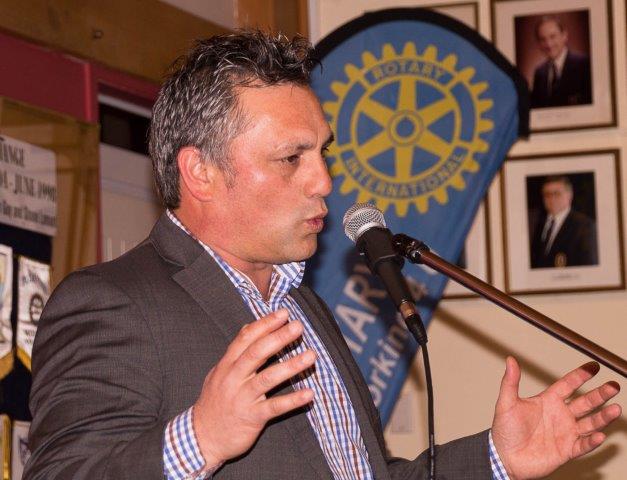 Members of Plimmerton Rotary heard a fascinating address on 16 September from new Club member Marty Donoghue. Marty has had a varied career thus far. Intensely proud of his Maori heritage, at the age of 18 he joined the NZ Army, intending to stay for “a year, maybe two” but ended up remaining with the Army for 27 years.

After studying engineering in Sydney and London, he completed officer training and became a specialist engineering officer. He developed a particular interest in the nerve wracking area of bomb disposal, which included the clearing of land mines. Over the years he became an expert in this field and saw service in several countries including Iran, Bouganville and Iraq. He also worked at the United Nations in New York for 3 years. To complete his service he was appointed as the NZ Defence Force Head of Strategy for bomb disposal.

The latest project to catch Marty’s attention is that a friend of his from the Manawatu has invented a machine which is designed to clear land mines safely. Marty is cautiously hopeful that with the right development and promotion, this machine could be extremely successful in the world markets.