International Volunteer Day is celebrated annually on 5 December.  The purpose of the day is to show appreciation to all New Zealand volunteers, because individuals and communities benefit considerably as a result of volunteers and volunteering. 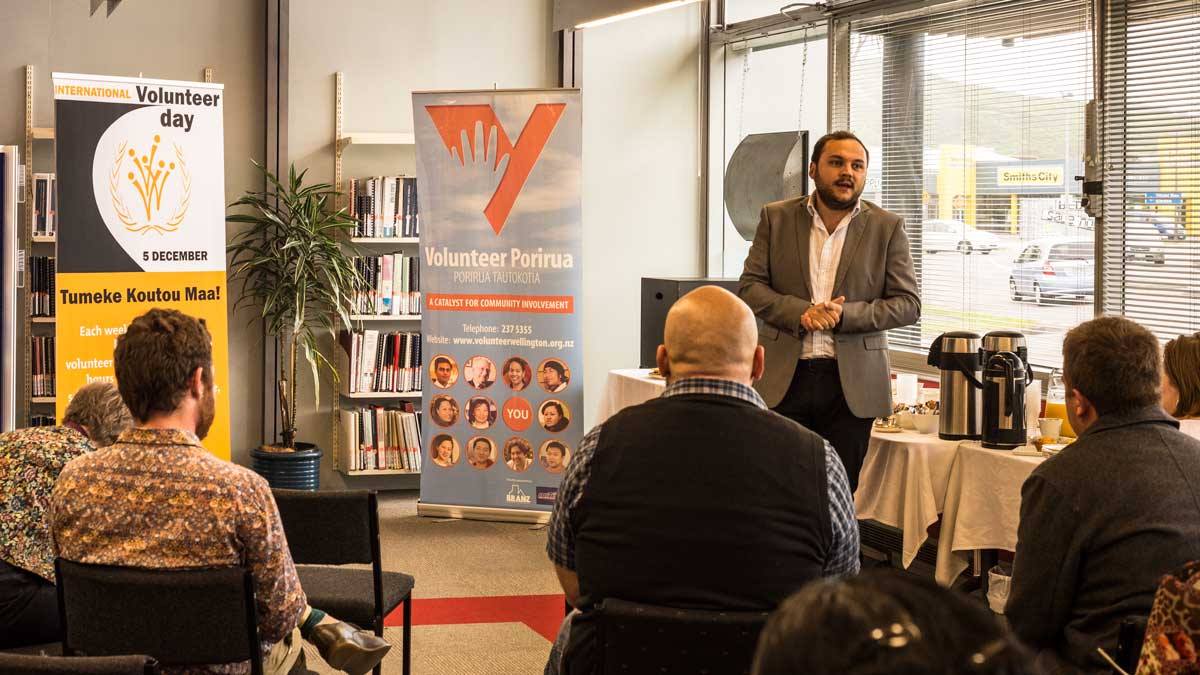 Mayor Nick Leggett welcomed the guests and in his inimitable style noted ‘he was not a volunteer’. He commented Porirua is special in that it is a community of people who are prepared to muck in and build people skills. There is a good feeling about our community.  Previously there were negative thoughts but these are disappearing as Porirua solves its problems with optimism, thanks to its volunteers. The Council cannot do it all, so appreciates the ideas and solutions of volunteers.

Volunteer Porirua is a branch of Volunteer Wellington, an independent not-for-profit organisation supporting and facilitating Volunteering in the Wellington Region.  Key partnerships have been formed over the years with Community Link, Settlement Support, Porirua City Council Community Development and many local agencies. Volunteer Porirua provides the essential voluntary workforce needed to maintain and sustain the work of over 70 community based organisations in the Porirua area. They assist and train organisations in the management of volunteers, to enhance the experience for both the organisation and the volunteer. It provides a local service to meet the needs of the diverse communities in the Porirua region.

Several of the volunteers at the breakfast gave brief but inspiring presentations of their experiences of volunteering in Porirua.