Donna Reid reported on some of the Youth projects that have recently been carried out in the community:

The final report to the generous Donors of the pre-school clothing initiative has been completed and submitted to them. You can read an extract from that report covering the feedback that has been received from parents and staff here.

We have been successful with the District Grant for our Early Childhood Clothing Initiative. This second pilot will look at the benefits of clothing for two Porirua East kindergartens over the four seasons of the year. 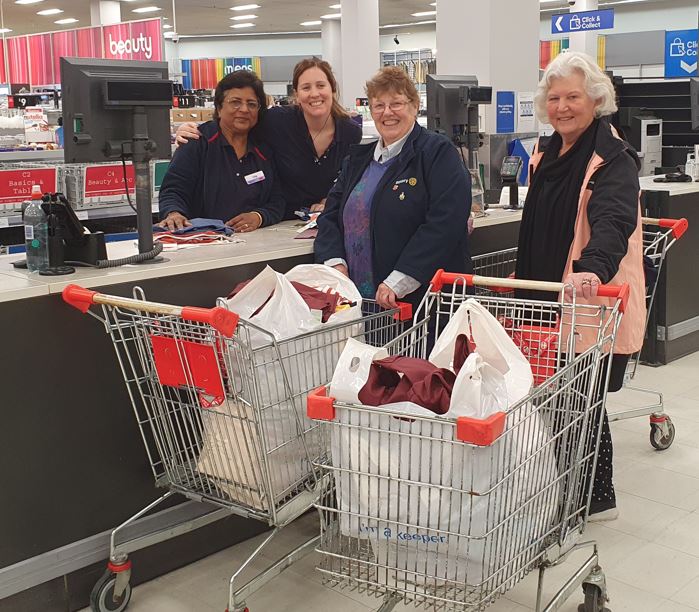 Donna, Chris Blick, Lindsey Wood, and Donna's friend, Av, have been shopping for the second kindergarten pilot. They bought 32 pairs of very colourful gumboots from Number One Shoes on a 'buy one, get one half price' basis, and three tolleys full of track pants, dresses, tights, underwear, sweaters, skivvies and raincoats from KMart. Both businesses were extremely generous with their advice and 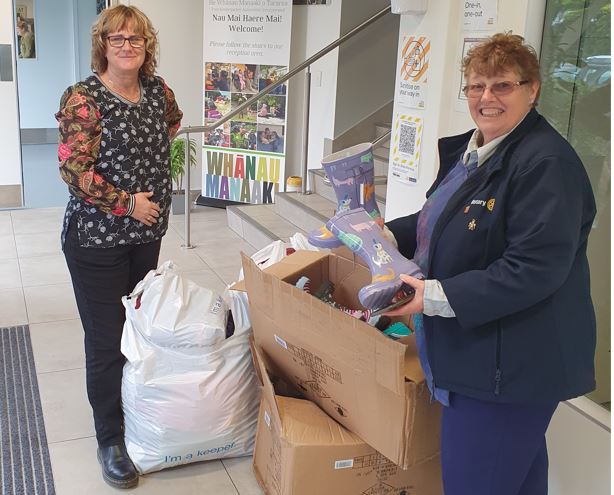 discounts. These were for two kindergartens and Donna and Lindsey dropped them off at the Whanau Manaaki Kindergarten Association. Even the CEO Amanda Coulson, came to thank them. Jan Hanning, the Project Manager, will bag and sort between the two kindergartens, Awatea, and Moira Gallagher. There is a need for transportation. It costs $100,000 for the van costs per year. Parents Park on the berm as the bus needs room to pass. The berm is very muddy. Can't concrete as too many electric and water mains. It could be covered in gravel if a Rotarian could think of a way to donate some. Car seats are also needed.

Nick and Rhonda Walmsley have kindly donated a sewing machine to the Myanmar Homework club. Once there with the machine, she met with Gaylene Lines of Tawa Rotary who has made some children's clothing and will come again to show the Mums how to sew them. She is learning that what volunteers are asked to do is not always about homework. One of the tutors this week needed to sit with her sick parents so for a change, Donna took the 9-year-olds. Before their writing activity, they talked mostly about Afghanistan which brought back memories of atrocities in their own country and the reason why they became refugees. 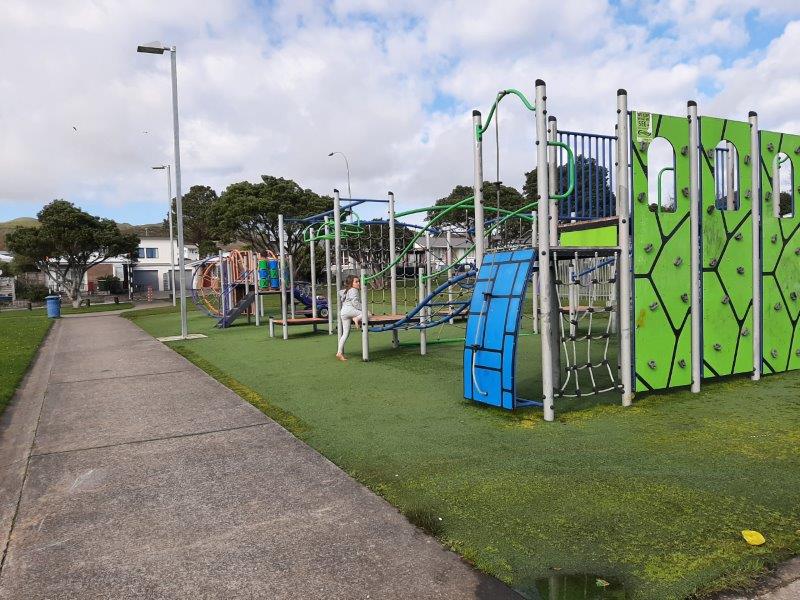 Donna reminded members of the community partnership in 2015 to improve Calliope Park when Peter Sinke and his team of 3-6 Rotarians refurbished equipment for the new adult section. You can see what it looked like back in the day here. The trees have been removed and the lighting is installed. There was also a move to make Porirua playgrounds disability-friendly. The play equipment has now been updated to include a cycle pathway and a fitness circuit as well as a playground to strengthen the upper body, legs and to give everybody confidence with a wheelchair-friendly playground.  Donna's two little grandchildren profess that it's the best park they have ever been to. 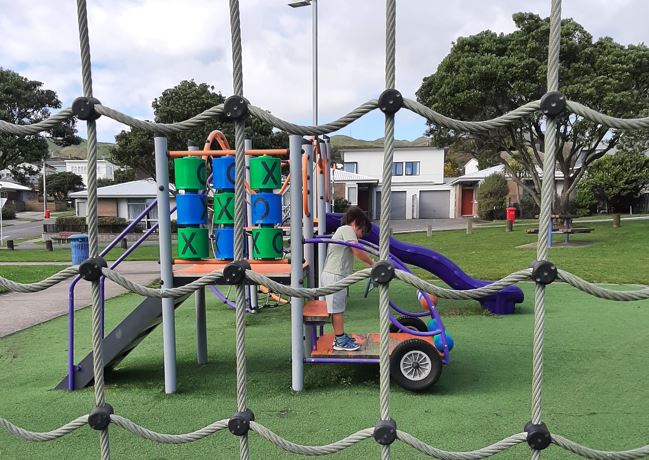 You may remember that Jan Nisbet came to talk to us in November 2017 to talk about the Paekakariki Bike Library. Donna noticed that riders from Russell School who are part of the Pasifika bike-riding group were practising hill starts and safe riding on the road near to Calliope Park when she dropped off a Leadership Badge to a student at Russell School who was devastated because he lost his when being adorned with a lei after his presentation!