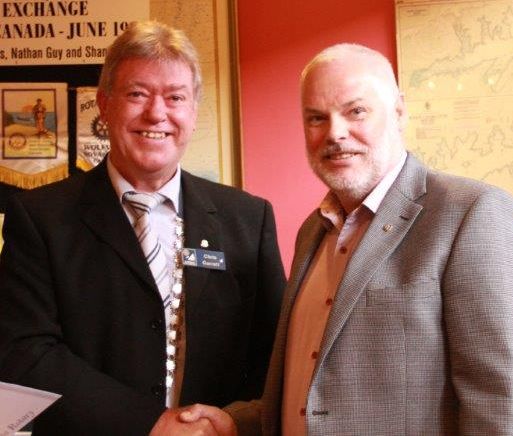 Alistair Taylor is an ex-Rotarian from the Rotary Club of Gisborne 1995- 99 when he was CEO of Eastern Energy operating out of Gisborne. After 10 years as CEO of  Vega Industries Ltd in Porirua, Alistair retired recently and decided he wanted to rejoin Rotary so made an approach via the Internet.

Alistair and his wife Andrea live at Pukerua Bay with their young family after moving there from Auckland about 2 - 3 years ago. With his electrical engineering qualifications and experience Alistair has expressed keen interest in our various projects and has been appointed to the Projects Committee.

Thanks to all those who contributed to a successful AGM. The Financial Accounts were accepted. The updated Constitution and By-laws were accepted. Peter Cox was ratified as President for 2016-2017. Adrienne Murray announced her Board for 2015-2016. The Motion to change the way our Future Presidents are Nominated was lost. Everyone got a chance to speak if they so desired. It is good to review the ways we do things from time to time, even when the result is a Status Quo. 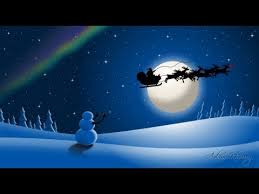 The next meeting will be the members' Christmas Dinner on Saturday 13 December. 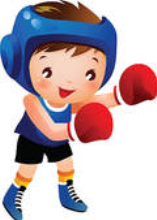 Certificates were awarded for many of the 8-12year olds who can now manage to do 5 minutes on the punchbag, 5 minutes skipping, 20 press-ups and 40 sit-ups.

Some of the qualities taught at the Academy are Respect, Courage and Discipline.

We were delighted to see one young fella being awarded a trophy for displaying these qualities. He had broken up a fight in the neighborhood between two bigger boys than himself and convinced them to “Walk away rather than use their fists” - which is one of the disciplines taught at the Academy.

Te Ara Piko Pathway: The Stout Trust has donated $100,000 towards the next stage of the Pathway. Congratulations to Ron Lucas and his team, especially Richard Sherwin and Phillip Reidy who were instrumental in achieving this donation.

Ron Lucas reported on the planning and surveying for the next stage, which is progressing well.

President Chris concluded the meeting with these words:

May Christmas bring to you and yours life's richest blessings, peace, love, joy and good health.