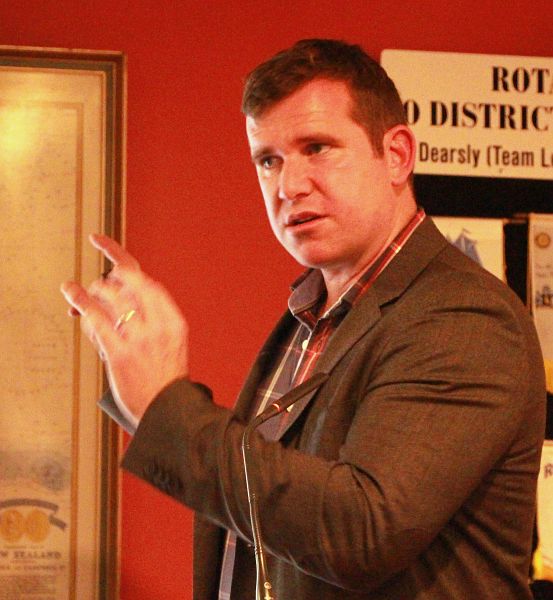 Standing ovations are rarely given to speakers at Plimmerton Rotary. But then, adventurer Jamie Fitzgerald is no ordinary speaker.

Probably best known for his TV series First Crossings, Jamie took members of the Club and their guests on a rollercoaster ride of some of his recent exploits. Never one to shy away from a challenge, he was at one point persuaded to take part in a boat race, rowing a small 7 metre boat, together with his associate Kevin Biggar, across the Atlantic Ocean, a distance of some 6000 kilometres.

Jamie spoke of the highs and lows of this adventure and in particular a severe two-day storm, during which they decided to just keep rowing even though they were making little or no progress. When the storm had passed they phoned up Race HQ and were told that they were some 30 miles ahead of the other competitors, all of whom had put out their sea anchors to ride out the storm.

“When we eventually reached the end of the race we found out that we had won by almost exactly the same margin as the lead we’d built up while rowing during the storm. That taught us a valuable lesson for life in general. Sometimes, when we think we are making the least progress, we are in fact making the most progress.”

Another extraordinary adventure undertaken by Jamie and Kevin was to walk from the coast of Antarctica, to the South Pole, unaided by any animals or machines, towing all their supplies in sleds. No other adventurer had ever done this before. Each sled weighed about 160 kg’s. The journey was planned to take 6 weeks.

“We decided on a pretty severe training regime at home in Wellington, before we took off for Antarctica. One of the ways we trained was to spend hours walking along the edge of the streets around Wellington, dragging behind us four old car tyres roped together one behind the other, to simulate the weight of a sled. One day I was walking out by Wellington airport, dragging my tyres, and was heading around towards Shelly Bay. A bloke pulled up alongside me in an elderly ute and asked what I was doing. I explained, and said I was going to Antarctica. He said “Mate, you’re heading the wrong way. You’re going north. Antarctica’s back that way”.

In all of their adventures, Jamie explained that the training beforehand was just as important, if not more important, than the event itself. “We always aim to get to the start line knowing that most of the hard work has already been done. We did make it to Antarctica pulling our sleds. The key thing that kept us going was the clarity of our goal. We knew exactly what we wanted to do and how we were going to do it. That’s a good lesson for life in general.”

Jamie had another wise saying for his audience. “The Secret of success is not in predicting the future, but in creating people who will thrive in a future that cannot be predicted.” 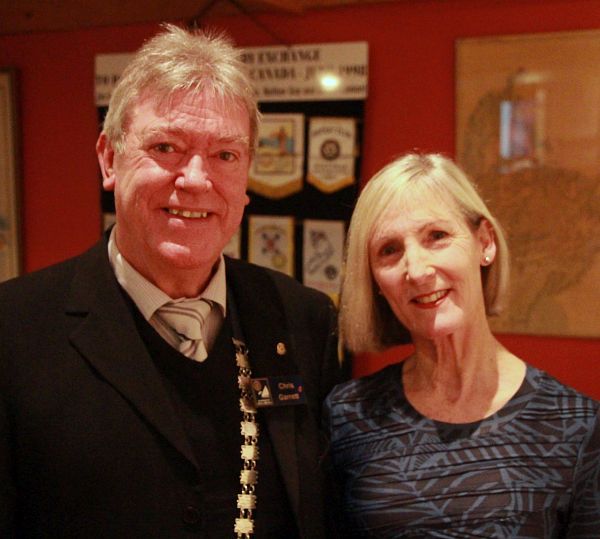 Welcome back to Raewynne Graf who was a member of Plimmerton several years ago before moving to Australia where she joined a Sydney Rotary club. Raewynne has a nursing and project management background.

Changeover 2015
Mayor Nick Leggett will host the Joint Changeover for Plimmerton and Porirua Sundown at Pataka from 5.30-7.30 pm on Saturday 4 July 2015. All are welcome so invite your family and friends for the modest sum of $20 each. Your invitation is here as well as in the Programme.  changeover_invitation

Only a few days left to muster your friends and prepare to bring them along on 14 June. This is going to be a fun occasion providing an opportunity to stave off winter with a good laugh. Remember that this is the link to give to your friends so that they can read all about it. Check out the information on our Events page. Here is the flyer to show to your friends.  celebrity_debate_2015 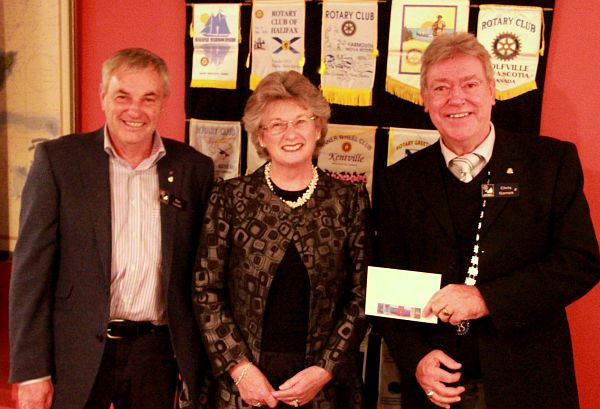 Pauline Lowe President of Inner Wheel presented a cheque for over $2k to go towards the Te Ara Piko Pathway. As chair of the Pathway Committee Ron was delighted to accept on behalf of the club.