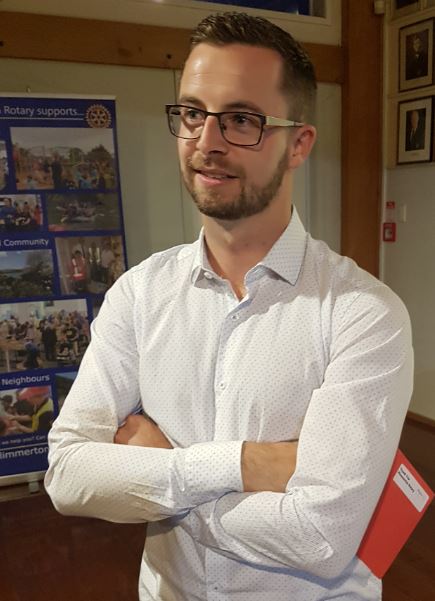 Jerram Watts, CEO of Child Rescue New Zealand spoke about his organisation's role in rescuing children from exploitation in the worldwide sex industry. Best estimates show that there are at least one million children currently trapped in this trade throughout the world with 99% being female and 70% Asian.

Child Rescue, formerly called Destiny Rescue, is active in helping children break out of the unfortunate situation they find themselves in and work towards restoring their life to something more normal.

Once the children have been rescued they move into the 'restore' phase and here they are returned to their homes if that is possible. If this cannot be done they are placed either in a group home run by Destiny Rescue or in a home where they live independently but with regular follow up.

Following on from being placed in suitable homes the children are encouraged to become more socially active by undertaking job training such as hair and beauty or jewellery making.

The programme has been running for seven years and in this time 2,600 children have been rescued. Of these, 80% have gone on to lead normal lives, 12% return to bar life and the remainder lose contact.

You can find out more information here.