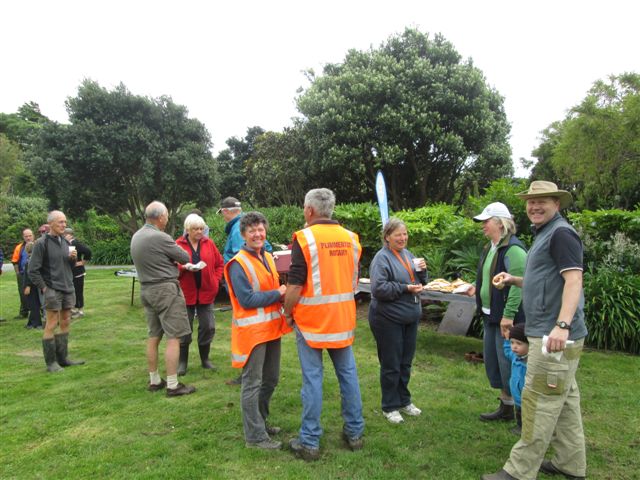 The Pauatahanui Inlet clean up took place on Sunday 9 October in excellent conditions. Overnight rain had cleared, the skies were mostly grey but it was quite mild with no wind.

This annual activity was conceived by the Guardians of the Pauatahanui Inlet (GOPI) and has been run by them once each year for at least 15 years. Almost from the beginning, Plimmerton Rotarians have contributed each year by putting on a sausage sizzle BBQ after the event. This was also a valuable opportunity for the environmentally inclined to meet each other.

Our members are also a significant part of the rubbish picker-uppers. Total participation this year was 80+ people which included 17 of our own Club members. Angus Langbein expressed his thanks.

Other involvements from the community who had participated in previous years included:

As in previous years, club participation in this project was very well worth while.